There are lots of federal and state laws that that are supposed to “regulate” fine print in advertising. My premise is why should we only “regulate” something that is patently wrong; why not just ban it?

The Federal Trade Commission has regulations on fine print with language that says the fine print may not change the implied intent of the main advertising message. In other words, if an advertisement states a price, the fine print cannot have hidden costs like dealer fees and dealer installed accessories which increase the real price. Florida laws state that the fine print must be of sufficient size and location so as to be “readable” All of these laws and rules are largely ignored mainly because “nobody reads the fine print anyway”.

In TV advertisements you’d have to be a speed reader to have any chance of reading the fine print and this is assuming you have exceptional eyesight. Have you noticed radio’s version of fine print? They record a 20 second disclosure of the advertisement and double or triple the speed when it’s broadcast it so that you hear it in only 5 seconds. Furthermore, notice that the volume is much lower than the rest of the message, a different much softer voice is used and oftentimes it’s played at the very beginning of the advertisement so that your mind doesn’t even associate it with the advertising message.

I am suggesting that we pass laws, state and federal, banning fine print entirely from advertising. It would be a good idea to ban fine print in all things including contracts. The saving grace in contracts is that we can pay a lawyer to read the contract for us.

I believe that lawyers are the cause of fine print not being made illegal. Lawyers derive a significant percentage of their income by creating fine print for contracts and later interpreting the fine print that they wrote in incomprehensible legalese. We almost always pay a lawyer to read the contracts when we buy or sell a home, but nobody pays a lawyer to read a contract when they buy a car. I’ve been a car dealer for close to half a century, I never remember a buyer completely reading the fine print on any of the paperwork or having a lawyer do so. If we did read all of the fine print, we wouldn’t understand because it’s deliberately worded to make it too difficult to comprehend for anybody except a lawyer.

I challenge any lawyer, car dealer, or anybody else to tell me one saving grace for fine print in advertising or contracts. Tell me why it wouldn’t be better for everybody (except car dealers and other advertisers and lawyers) if all language pertinent to an advertisement or contract was stated in large, easily understood print, audio, or video.

If you are able to read the fine print above, it says that the prices advertised in the large, obvious and colorful print above the fine print is not the price that you can buy those vehicles for. It says that in addition you must pay a $599.95 dealer fee plus the cost of dealer installed options. There is no description of what these dealer installed options consist of or what they cost. There are numerous other restrictions such as the prices are good only on May 23, the cars advertised may already be sold, you have must the advertisement with you, rebates and incentives used to calculate these prices can change without notice, and the models and equipment shown may not be the car they will sell you for the advertised price.

I don’t realistically believe that fine print will ever be made illegal, at least not in this century. We have too many lawyers in the USA and I don’t just mean lawyers that are practicing law. Our legislators are lawyers, our judges are lawyers, our federal and state attorney generals are lawyers as well as our local state attorneys. Talk about a stacked deck!
Posted by Earl Stewart at 10:55 AM 1 comment:

Negotiating to Buy a Car 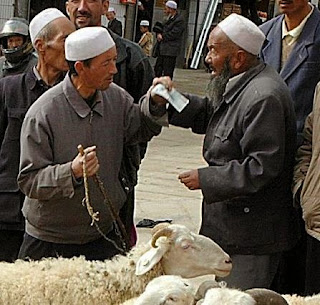 Buying a new or used car is one of the last bastions of the negotiated price. In some countries, negotiation is fairly commonplace in retail stores, but in America virtually all products are sold at a fixed price. Some of us are simply not comfortable negotiating and most of us are not very good at it.
As I have said in previous columns, the best way to buy a new or used car in on the Internet. You can do your research on which car is the best to suit your needs, get guidance on what kind of price you can expect to pay, and finally get quotes from several dealerships on that specific car. However, everybody is not “Internet savvy” and if you are not, you may find it necessary to walk into a car dealership and negotiate for the lowest price.
If you are not comfortable with negotiation, the best advice I can give you is to bring someone along with you who is. Car sales people and sales managers are trained experts in negotiation. This is how they make their living. Here are some tips for you if you decide that you want to negotiate the best price on a car:


Caveat emptor “let the buyer beware” could have been written specifically for what you can expect when you walk into a car dealership to negotiate the best price. You are up against experts who negotiate for living. But, if you will follow my advice above, you should be able to hold your own and maybe even get a great deal.
Posted by Earl Stewart at 10:25 AM 1 comment:

Is Paying Cash for a Car a Bad Idea? 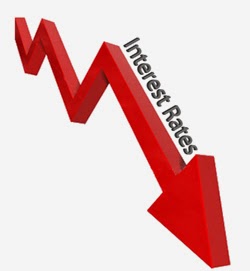 When I was growing up, my parents taught me that if I wanted to buy something expensive, I should save my money until I had enough in the bank to pay cash for it. It was the old school, “Neither a lender nor borrower be” school of thought. Actually, that hasn’t been a bad school of thought for most of my life; especially when you look at the Great Recession that we’re slowly emerging from. Easy credit was a big part of the cause of the most severe recession since the Great Depression of the thirties.But today we’re experiencing interest rates that are lower than any time any of us can remember. We’re also experiencing a stock market that offers record high returns on investment and investing very conservatively can give you’re a return greater than the cost of borrowing money if you have good credit. The average transaction price on a new car today is about $35,000. If you invested that $35,000 in the stock market, you could expect to earn at least 10% compounded over the next four years. You would have $52,211 in your investment account at the end of 48 months, a total return of $17,211. If you have excellent credit and borrowed the money at 2% (there are even lower rates available), you would pay only $1,478 in interest over 48 months. You net profit, subtracting the interest from your investment return is $15,733!

Even if you’re ultra conservative and don’t want to invest in stocks, there are bonds, even tax free municipal bonds, paying higher than 2%, the cost of your car loan. There are many blue chip stocks paying dividend yields higher than 2%. For a person with good credit, it is “absolute insanity” to pay cash for a new or used car today. Interest rates will go up eventually and we should take advantage of these low rates because we may never see them this low again in our lifetimes.

But, remember that the only reason all of this is true is because of these historically row rates. Your car dealer will not offer you a low rate unless he has to. On the average, car dealers make more money financing your car than they do selling it to you. Car dealers get kick-backs from banks based on the interest rate they charge you. They call this kick-back finance reserve and it can amount to thousands of dollars on a car sales. Your sales person is paid on profits from the dealer’s finance department. You cannot get a complete and honest answer from your salesman if you ask him about interest rates. You should have already shopped for your interest rate with your credit union and bank before you began car shopping. By the way, credit unions usually have lower rates than banks because they are less regulated and have lower expenses than banks. If your workplace does not have a credit union, you can join one anyway. There is a small fee for joining, but it is well worth the savings you’ll realize on your checking account and borrowing money.

There are situations when the dealer, through your car’s manufacturer, can meet or beat even a credit union rate. This is rare, but worth looking into. Manufacturers will offer very low rates, even 0%, to stimulate sales of certain models. Rarely does it apply to all models and these low rates are offered as an “either-or” to cash rebates. Be very careful not to be misled by this “either or” of low interest rate OR cash rebate. Most dealers advertise prices including the cash rebate but they also offer in the same advertisement the low rate. This “either or” may or may not be disclosed in the fine print.

There is one more caveat to using the dealer’s (manufacturer’s) low rate. The dealer still has a trick or two up his sleeve offering a lower rate than a bank. Those tricks are add-on products like extended warranties, maintenance contracts, GAP insurance and a plethora of other products, many of which are overpriced and/or worthless.
Posted by Earl Stewart at 11:41 AM 2 comments: