Shine the “Cold Light of Day” on Your Car Dealer 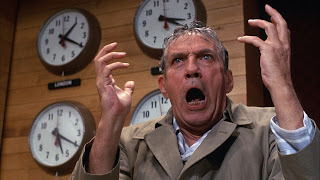 “I’m Mad as Hell and Not Going to Take it Anymore!”

I think you’ll agree with me when I say that bad things mostly happen when the perpetrators don’t think others will find out about it. We’re lucky we live in a country which makes a “thing” out of freedom of speech. Our media is free to say whatever they like and so are we. Some think we err on the side of too much freedom of speech and too much media. Even though I might agree, I’d rather have too much than too little.

I’ve been a car dealer for over half a century, and I can tell you that dealers’ lack of ethics and their preponderance of dishonesty hasn’t changed much since 1968. The Gallup Annual Poll on Honesty and Ethics in Professions backs me up on this, https://news.gallup.com/poll/388649/military-brass-judges-among-professions-new-image-lows.aspx. Car dealers have ranked at the bottom of this list since the first survey in 1977!

Sadly, bad behavior by car dealers isn’t trending any better for a variety of reasons. When bad behavior is readily allowed and unregulated for a long period of time it becomes the status quo. It has inertia…the tendency of an object in motion, to remain in motion. Think of driving on the typical expressway. No matter what the posted speed, the actual flow of traffic is at least 10 mph faster. Why? That’s for two reasons. The first is that every driver knows that they can “get away with” driving 10 mph over the speed limit. The second is that it’s somewhat dangerous to drive at or below the speed limit. All the other drivers will pass you, blow their horn, or nearly “rear-end” you. How many cars have you bought in your lifetime? How many of those purchases were a pleasant experience? If the Gallup poll is accurate, probably none of them.

This happens because our laws against false advertising and unfair and deceptive trade practices aren’t enforced. They’re not enforced because of the powerful lobbying influence of car dealers. It’s no coincidence that “lobbyists” sit at the bottom of the Gallup poll with car dealers. Almost all dealers are guilty of this bad behavior for the same reason that almost all motorist’s speed. If a car dealer did obey the laws when his competitors didn’t, he couldn’t effectively compete and eventually he’d be forced out of business.

The only way I know to change things is get the attention of our legislators and regulators by arousing the car-buyers who are also VOTERS. There’s only one thing that can influence a politician or a regulator more than a lobbyist with fat pockets for supporting their reelection. That’s you, the voter. Almost all voters have bought cars and most likely had nothing but bad experiences. We need to begin talking about this more. Here are some suggestions:

I think another reason why car dealers have been able to operate for so long “in the shadows” is that many car buyers don’t like to admit that they’ve been taken advantage of. We all want to believe that we made a good buy and, maybe even more importantly, we want our friends and neighbors to think so. By “shining the cold light of day” on car dealers’ bad behavior, more people will realize their friends and neighbors were also “screwed” and are also remaining silent.

Please help me end the silence.
Posted by Earl Stewart at 12:29 PM No comments:

Some readers of my column may already know this, but it’s surprising to me that many don’t: Car dealers lead their buyers to believe that they’re financing your purchase. After you buy your car, you’re led to the finance office. The inside vernacular term for the finance office amongst dealers is “THE BOX” (my illustration above is from the classic film “Cool Hand Luke” as Paul Newman is led into "The Box"). They take your credit statement and ask you to sign finance contracts.
(To be totally accurate, there is a very small percentage of car dealers, typically used car lots that sell lower priced cars to buyers with poor credit that do finance the cars.)

My advice to you is to eliminate the dealer-broker, the middleman, and finance your car directly with the bank or credit union. You can pocket that average $2,000 kick-back your dealer receives from the bank by getting a much lower interest rate and not being sold overpriced warranties and maintenance contracts. Also, remember that $2,000 is an average profit on all cars sold. Some buyers (too few) are savvy enough to finance their purchase with their bank or credit union and others pay cash. In reality, the profit per dealer brokered sale closer to $4,000.

You should check with your bank or credit union before you buy your next vehicle. This way you can shop banks just like you shop for your car. You can get preapproved for the amount you intend to finance. Knowing your interest rate and terms before you buy your car arms you against the pressure from the salesman and dealer finance manager who will try to persuade you to finance your through the dealer. Telling the salesman and finance manager that you have a low interest rate from your bank or credit union will save you a lot of time and aggravation. Be aware that most dealers don’t refer to their “finance offices” as such, they tell you it’s the “business office” where you need to “complete your paperwork”.

There’s an exception to choosing to not financing your next purchase through the dealer. That’s for a new vehicles when the manufacturer offers an unusually low interest rate…as low as zero percent. Usually, the manufacturer offers either a cash discount or the low rate. You should do the math, and calculate which is best. Financing for a longer term with less money down skews your decision toward the low rate vs. cash discount.
Posted by Earl Stewart at 2:19 PM No comments: 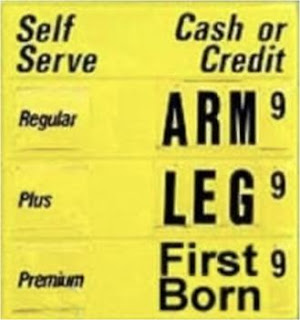 I wrote a column on May 24, 2008, entitled “Stop Complaining about Gas Prices”. As you know, here we go again…soaring gas prices but for some different reasons. The good news is all vehicles’ gas mileage has improved considerably in the last 14 years, and we have a lot more hybrid vehicles, and even a few all-electric. I’ve made a few changes and updated my first column, but it’s still essentially the same advice.

“God grant me the serenity to accept the things I cannot change, courage to change the things I can, and the wisdom to know the difference”. Whether you think our gas prices are soaring because of a conspiracy of the giant oil companies, speculators on Wall Street, OPEC, the war in Ukraine, President Biden, ex-President Trump, or Vladimir Putin (or all the above), there’s not much you can do about it. I thought it might be useful to suggest some things you can do about lowering your total cost of fuel even if you can’t lower oil and gas prices.

If you follow all these tips, don’t be surprised if you find yourself spending no more on fuel than you did before gas prices skyrocketed. You’ll also be driving a lot safer and feel less aggravation.

Posted by Earl Stewart at 12:56 PM No comments: