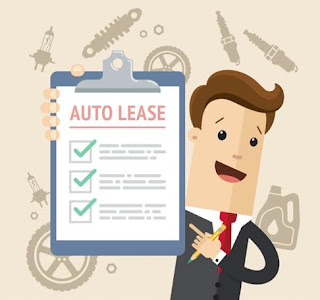 You may have noticed that almost all new car advertising today focuses on leasing. A few years ago, leasing a car was rare…less than 10% of total sales, and usually done by businesses. Businesses lease often because of tax deduction and balance sheet considerations. Business leases virtually never required a down payment. Following are the reasons that retail auto leasing to individuals has surged to more than one-third of all car sales. Some dealers are leasing over half of all their sales.

I’m not suggesting that a lease can never be as good a value as a purchase or even better. To the informed, sophisticated lessor, leases can be the way to go. Manufacturers do sometimes offer special lease rates and residual values which can make a lease cheaper than a purchase. But fewer lessors/buyers can navigate the following “complications and deceptions” of leasing.

Posted by Stuguru at 1:27 PM No comments:

Auto Dealers Think and Act Differently from their Manufacturers 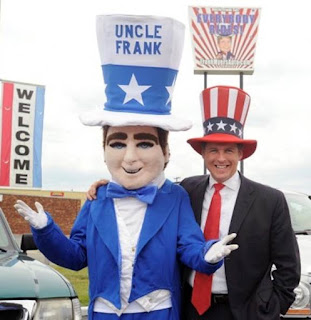 This is important for you to know and understand, because what a car dealer tells you and how he treats you isn’t always the way his manufacturer would have it. If you have problems with your dealer you should communicate your dissatisfaction to his manufacturer and consider trying another dealer of that same franchise. The manufacturer will communicate your dissatisfaction to the dealership owner and/or general manager, and will sometimes (off the record) direct you to a better dealership. The manufacturer has no power or control over the dealer to force him to do the right thing, but sometimes the mere communication to the dealership management can have a positive effect. Your best bet is to simply try a different dealer. He might be a better dealer, but, if even if he’s not, he’ll be competitively motivated to make you see him in a more favorable light.

Fortunately for you, there’re lots of car dealerships that sell the same make you want to buy. There are about 18,000 new car dealerships in the US. If you’re a Chevy buyer, there’s about 3,000 to choose from, and probably 3 or 4 nearby. Online, you have an almost unlimited number of dealer choices.

The lack of the ability of auto manufacturers to control their dealers is unique among all other franchised businesses. The control and protection of new car dealerships is in the hands of our 50 state governments. Each individual state government department of motor vehicles insulates new car dealers from any real control by auto manufacturers. This was accomplished in the first half of the twentieth century by powerful dealership lobbying groups to protect dealers against unfair and punitive bad behavior directed at car dealers by auto manufacturers. This legislative protection against manufacturers has had the unintended consequences to protect dealers from control against bad behavior by them against car-buyers.

You might be wondering why the states don’t do a better job of protecting car buyers against predatory car dealers. The answer lies in the same powerful lobbying that insulated dealers from their manufacturers. Car dealers, their PACS, and associations are numerous, very wealthy, and very politically powerful.

You can file a complaint with the state Attorney General and/or Department of Motor Vehicles, but that’s time consuming and it’s often after-the-fact. Your best bet is, after you’ve chosen the right car, invest some time in choosing the right dealer.

Posted by Earl Stewart at 11:08 AM No comments: