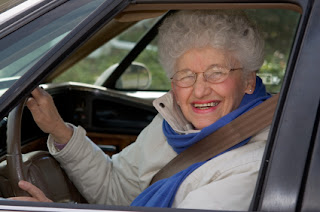 I wrote this column several years ago, but I’m still getting calls from elderly people and their sons and daughters about how the elderly are being victimized by car dealers. The most recent was from the son of woman in her nineties. She was ill when she leased the car and asked the salesman if she became ill or died, what would happen to her financial obligations on the leased car. He told her not to worry, as long as the car was returned there would be no cost to her or her estate. This is one of the most common lies told to older people by car salesmen. Many older people have never leased a car. They think of it as a rental car. This woman is now seriously ill and unable to drive. The son has had to pay thousands of dollars in lease payments to the leasing company.

I use the term “car dealer” often in my columns and I want to make it clear that I am not trying to get personal. I could use the terms “car salesman” or “car sales manager”, but the dealer is the boss and I firmly believe the placard Harry Truman had on his desk, “The buck stops here”. The guy that owns the place is responsible for the actions of his employees. Just because he doesn’t know that there are some salesmen or managers taking advantage of his customers, is no excuse.

When I became a senior citizen I truly began to see the world in a different light. I have been a car dealer for over 40 years, but I have seen my own business through the eyes of a senior citizen for only the last few. One thing that has helped this awareness has been my relative new public persona, brought on by my TV commercials. Seeing me on TV (and also reading this column) precipitates a lot of phone calls, emails, and letters from seniors in Palm Beach, Martin, and St. Lucie counties. Some of these are very complimentary. Many of them are also calls for help or advice from those who were taken advantage of when they bought their car.

I get more calls from widows than any other single category. In my dealership last Friday, I was introduced to a widow in her seventies who had come in to buy a car with her nephew. She had never bought a car before. Her husband had always handled this responsibility. He passed away 2 years ago. She was very wise to bring along her nephew to assist her in her first car purchase.

I turned 72 last month and I’ve learned that I’m not quite as sharp in some areas as I once was. My memory is not as good and I am not as fast as I used to be. This is not to say that I am not as smart as I was when I was younger. In fact, I’m a lot smarter and I’m a whole lot more knowledgeable.  There was a great article in Wall Street Journal entitled “The Upside of Aging”. It explained how recent scientific studies have proven that even though certain mental abilities like memory and reaction times regress as we age, other more important mental abilities like judgment, empathy, vocabulary, and semantic memory more than offset the negatives. Semantic memory is the recollection of facts and figures from your field of endeavor or hobby and is most robust in seniors. If you would like to read this article, send me your email address or fax number and I will send it to you.

Buying the right car at the right price is no easy task. There are a lot of variables like trade-in allowances, monthly payments, discounts, interest rates, lease or buy, finance or pay cash, and all that I just mentioned has to do only with the cost of the car. What about which is the best make and model for you? This process should take lots of time in the study and preparation but too often purchases are made in just a few hours with little or no preparation.

The reasons why the elderly are so often targeted and exploited by car dealers (and other businesses) are many and complex. For one thing, there are just a lot of elderly people living in Palm Beach, Martin, and St. Lucie Counties. When a reporter asked John Dillinger why he robbed banks, Dillinger replied, “Because that’s where the money is”. Even though most senior citizens are smarter than ever, I believe that we are perceived by many as not being so smart. We are looked upon as easy prey. Also, I think that we pre-baby boomers grew up in a more trusting, family oriented time and we sometimes trust others more than we should.

In summary, if you are a pre-baby boomer like me, take extra precautions before you enter a car dealership. Do your homework carefully. Never, never make a rush decision. Do not buy that car on the same day you come into the dealership. Go home, discuss it with friends and family, and sleep on it. And if you call me, please call me before you buy the car, not after it’s too late.
Posted by Earl Stewart at 3:56 PM