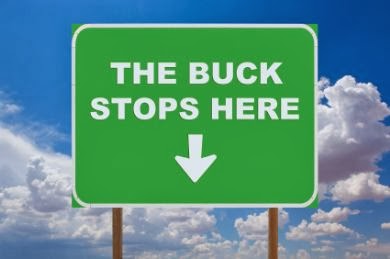 Congress passed a law a few years ago that really “shook up” publicly owned companies. It’s called Sarbanes-Oxley, named after the Congressmen who sponsored the bill. Basically this law says that the CEO and other high echelon management of a public owned company cannot get off the hook from wrong doings because he claims he didn't know what his employees were doing. I believe the same rules should apply to all businesses, even if their stock is not publicly held. The boss should always be held accountable for the actions of his employees and this should apply especially for car dealerships.

Most of the employees that the customer comes into contact with in a car dealership are paid on commission. Those employees get a percentage of the profit that the company makes on the transaction. Car sales people, service sales people (also called service advisors or assistant service managers), parts sales people, and the mechanical technicians who work on your car are mostly all paid on commission. This method of pay tilts the relationship between the customer and employee in somewhat of an adversarial manner. The employee wants the profit to be as high as possible but the customer wants it to be low. In a car dealership that has talented, fully engaged, and ethical management, this potentially adversarial relationship is kept in a fair balance. Without the oversight of upper and middle management and careful hiring practices, some employees will exploit a customer to increase his commission.

What brought the subject of this column to mind was a call I received yesterday from a 78 year old widow from Ft. Pierce. She called to thank me for writing my column and to tell me that she wished she had read some of my columns before she bought her 2005 used Mazda. This was the first car she had bought on her own. Her husband had always taken on this responsibility. She paid the dealership a huge profit on her purchase. She was sold a maintenance package that she believed cost only $25 but it really was $2,500. She was rushed to sign the papers at night because the dealership was closing. In the morning, when she realized the mistake, she drove back to the dealership and asked to back out the sale but was told it was too late. She was told she had signed all the papers and that they had already sold her trade-in even though she had not given them the title.  When she asked to speak to the General Manager, three different employees identified themselves as the General Manager. I get a lot of sad calls like this.

The owner of that dealership should know what’s going on. I’m giving him the benefit of the doubt by saying that he doesn’t know because if he does know it’s even worse. The owner should look at the big picture and the long term view of his business. You can take advantage of customers and benefit in the short run, but you eventually “pay the piper” when your bad reputation spreads far enough. Most of the bad things I hear about car dealers from their customers are not illegal things. They are simply unethical and not the way one human being should treat another. Refusing to refund the money of an elderly, widow after she realized that she had been taken advantage of is not illegal, but it sure “stinks”. Jim Press is the top executive for Toyota over all of North America and he is also the only non-Japanese to occupy a place on Toyota’s board of directors. He was quoted in the book, The Toyota Way by Jeffrey Liker, as saying “It’s what you do for a customer when you don’t owe him anything that is the true measure of character. It’s like sticking up for somebody who can’t defend himself”. I really like this quote and I have it engraved on a plaque which I give out each month to the employee who wins the “Above and Beyond Award”. This award goes to our employee who does something for her customer above and beyond what the customer would have expected.

If you have a bad dealing with your car dealership, do your best to contact the owner. This is impossible with publicly held dealerships like AutoNation and United Auto Group, but you should be able to talk to their General Managers. If it’s privately owned dealership, don’t give up until you see the owner.
Posted by Earl Stewart at 12:53 PM