Are You Buying an Unsafe Used Car? 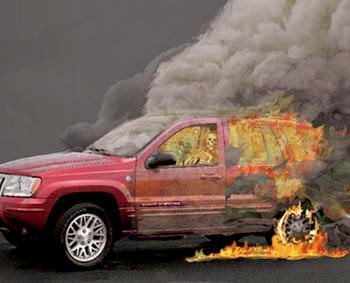 This is a quote from an investigative reporting article in today’s (8-04-14) Wall Street Journal:

"In 2010, U.S. regulators began investigating fires in Jeep Sports-utility vehicles. The probe eventually tied at least 51 deaths to fuel tanks that ignited in rear-end crashes. Chrysler Group LLC said the SUVs were safe but agreed a year ago to recall and repair 1.6 million Jeep Cherokees and Libertys. Almost none of them have been fixed.”

This kind of thing with recalled vehicles is not uncommon. In my 46 years as a car dealer I've observed that recalled vehicles often are either never fixed or, if they are, much later than they should be. There are lots of reasons for this. This WSJ article focused on NHTSA, the National Highway and Traffic Safety Administration. NHTSA is a typical government bureaucratic agency with a chairman who is politically appointed by the President. I've seen some real “idiots” in charge of NHTSA since they came into existence in 1970. The bottom-line is that NHTSA is just plain inefficient and often times politically motivated. This isn't the fault of the rank and file in NHTSA; it’s the fault of the higher ups. The higher up the organizational ladder you climb in any government bureaucracy, the more “political” things get. I've dealt with dedicated NHTSA members at the lower levels who are smart, competent, and genuinely concerned about your safety in the cars you drive. But they will tell you that it’s often very hard to get things done at NHTSA. In the executive suite at NHTSA, it’s not always about safety, but about politics.

The auto manufacturers are also to blame for the inefficiency of safety recalls. Recalls cost auto manufacturers billions of dollars. Look at the current GM recall because of ignitions that accidentally turn off, deactivating the airbags. This is the largest recall in history and the cost is currently at $3.48 billion for 17.3 million vehicles. It’s already been established that GM knew about this dangerous product defect ten years ago and the Justice department says they deliberately covered it up! Now that it’s been made public, what makes you think GM want to rush things?

Auto manufacturers do a very poor job of keeping track of who owns and drives their cars after the dealer sells them. The dealer is supposed to report the contact information on every new car sale, but this information is often incorrect and sometimes purposely falsified. Why would a car dealer falsify information on the buyer? Huge pressure, often financial, is put on car dealers by manufacturers to maintain high customer satisfaction scores. It’s not uncommon for a car dealer to change the contact information so that the car buyer does not receive an email, letter, or phone call surveying his level of customer satisfaction. Also, car dealers will report cars sold to fictitious people to collect cash incentives from the manufacturers. Sometimes they will also title the cars in the names of rental and leasing companies, but the car is actually still on the dealer’s lot. The car is sold later as a used car, “demo” or “executive car”, but the manufacturer has no record of the real owner and driver. Clearly recall notices never reach the real drivers of these vehicles.

The average person trades in her new car between four and five years. But many trade their cars every 3 years or even less. More often than not, they trade one make in for another. A Chevrolet dealer is not familiar with recalls on Hondas or Fords and probably won’t know if there is a recall on those cars unless he checks the NHTSA database on recalled cars. When a car dealer trades in a car, his primary focus is to get that car reconditioned, detailed and on his used car lot for sale. If it is not a used car he wants to retail, he wants to sell it to another dealer or at the wholesale auction ASAP. Dealers have a lot of cash tied up in the used cars they trade in. It’s very important for them to turn them into cash as quickly as possible. What all of this means is that checking the NHTSA database for recalls on every used car a dealer trades in takes time. It not only takes time to do the research, but it takes time to fix, especially when he has to take the car to another dealer to fix. A dealer is not allowed to perform a recall fix on cars other than the make he is franchised to sell. A non-franchised used car dealer has to take every car to another dealer for recall fixes. New York is the only state that I know of that requires dealers to verify that all recalls have been performed on before he sells it. Florida does not have such a law.

Many owners of cars that are recalled just don’t bring them in to be fixed. It’s very common for car dealers not to have the necessary parts available to perform a recall. Manufacturers also often don’t inventory enough parts to supply for a recall. It can take months before there are enough parts. Dealers also don’t always prioritize recalls because they make more money on regular maintenance and repairs. Car owners procrastinate on bringing their car in because they will be without their car for a day or even longer. Twenty-five percent of owners who actually do receive a recall notice never bring in their car.

Before you buy a used car, or even a new car, be sure that you find out if there was a recall. You can do this yourself with the VIN, vehicle identification number, and going to www.Recalls.gov. Or you can ask the dealer who’s franchised to sell your make of car to do this for you. Of course, if you've already bought a used car, you should also check. It might save your life.
Posted by Earl Stewart at 10:51 AM