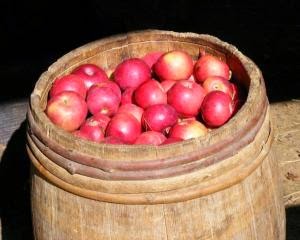 Servicing your car is just as scary as it probably was buying it, but you only have to buy a car every 4 or 5 years, maybe even longer. During the time between buying one you should bring it in for service at least a dozen times, and that doesn’t even count repairs.

Car dealers make more money servicing your car than they do selling you one. The more service they sell you, the more money they make. Today’s automobiles are of far better quality and require far less maintenance than those of 20 years ago. Requiring less maintenance and repairs is a threat to the car dealers’ most profitable department. One way they can overcome this is to simply sell you more service than you really need by convincing you that it’s necessary.

Did you know that virtually every employee in a service department gets a percentage of the total amount of service he sells? The guy that writes up your service order when you drive in is on commission. They are service “salesmen” but they don’t like to be called that. Their title is usually “service advisor” or “assistant service manager”. The mechanic that fixes your car is on commission. The service manager that supervises the mechanic and the service salesman is paid on commission. After the service salesman sells you as much service as he can, the mechanic’s role is to find anything that needs to be fixed on the car that the service salesman or you were unaware of. He then calls the service salesman and tells him about the additional repairs you “need”. I recommend that you stick to what your car’s manufacturer recommends for maintenance in your owner’s manual. When your service salesman tells you what he recommends, be sure that the manufacturer recommends it too. There are some exceptions to this, based on certain local environmental conditions, but very few. Always question any service not recommended by your owner’s manual. When a repair is recommended that you were unaware of, get a second opinion from another service department, especially if it’s an expensive repair.

Now, don’t get me wrong; just because people are paid on commission doesn’t make them dishonest or uncaring. However, if there’s a “rotten apple in the barrel” he will take advantage of a commissioned pay plan to maximize his earnings. There are very few companies with zero “rotten apples”. A good company does its best to ferret out the rotten apples but it’s a constant battle. In fact, there are companies that have more rotten apples than not. When you have a department or company where everybody is on commission, it takes an awfully altruistic manager to fire a top-producer. The more his “rotten apple” sells the more money the supervisor earns. This applies also to the “supervisor’s supervisor, all the way up to the guy that owns the company. The higher up the ladder you go, the harder it is to identify these more passive, unseen rotten apples that “aid and abet” the front-line apples. The head guy usually has what many CEO’s insist on…DENIABILITY. You hear a lot about that in government scandals. The press always wants to know, “Who knew what and when did they know it?” Everybody remembers Watergate where the rotten apples extended from the bottom of the barrel all the way to the top. It took Bob Woodward and Carl Bernstein over several years to follow the tracks all the way to the top of the barrel.

More often than not, there are people in all companies that are honest and caring for their customers. The point of this article is that you’re better served to look for that good person than only look for a good company. There is no surefire way to do this, but I can suggest a few methods. Clearly, you’re more likely to find a good service salesman in a company that has a good reputation. You find good companies by personal experience, recommendations by friends, and ratings by various services like Google (most reliable), Yelp, Dealer Rater, and BBB. If you read the reviews, often the individuals are mentioned. If you’ve dealt with this company before, others in that company, like the salesman sold you the car, can refer you to a particularly good service salesman. All manufacturers measure the customer satisfaction index of every service salesman. Insist on seeing these scores and find out how the service salesman ranks among his peers, both in the company and the entire region. Finally, always make an appointment to see that service salesman you’ve chosen. If he’s on vacation or not available for other reasons, wait for your service until he can see you.

Finally, when you find yourself a “good apple” for a service advisor, don’t keep it a secret. Tell all of your friends and tell the service manager and the owner of the dealership. When you do this, you’re doing your friends, the service advisor, the service manager, and the owner a great favor. You’re also spreading the word that treating customers with honesty and compassion is good for business.
Posted by Earl Stewart at 11:29 AM