The Technical Service Bulletin (TSB) aka The Secret Warranty 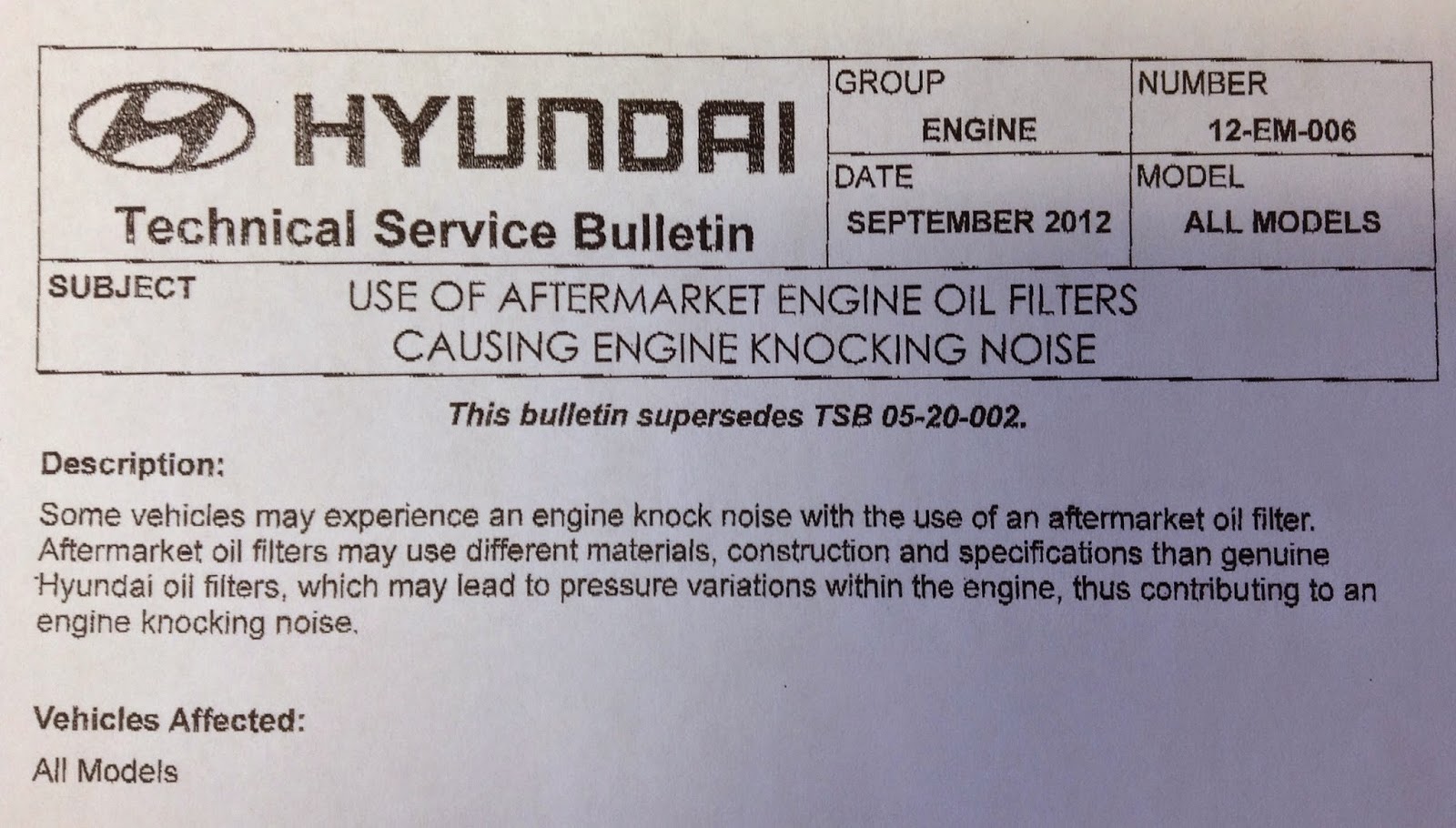 Last Friday, the New York Times ran an article entitled “GM Deems Steering Issue Unworthy of Recall’. In the article is a quote from one of many GM owners who wrote the NHTSA on this problem: “I was driving through a construction zone when my steering wheel locked up,” the owner of a 2013 Buick Verano wrote the National Highway Traffic Safety Administration in December. The owner is one of more than 50 who cited a similar problem to the agency. Clearly, this is a serious and frightening issue; so why isn’t GM issuing a recall?

Last July, G.M. sent dealers a technical service (TSB) bulletin that told them how to fix the problem, but only if an owner complained to a dealer. This practice in not unique to General Motors; all manufacturers employ TSB’s. They are sometimes referred to as “secret warranties” because the manufacturers don’t notify the owners of the cars that are affected and they even forbid the dealers to advise the customer.

The reason that auto manufacturers don’t tell their customers and won’t allow car dealers to tell them either is clearly to keep down their expense of repairing these vehicles. They are afraid if they go public with the manufacturing defect too many customers will come in to have the repair made. And the reason manufacturers advise their dealers not to tell the customer unless the customer complains is that they simply don’t trust their dealers to be honest about fixing cars that need repair.

There are voluminous numbers of TSB’s sent out, around 20 monthly depending on the manufacturer. It’s close to impossible for a car dealer’s service personnel to keep up with most of them. In other words, when you drive your car into a car dealer’s service drive, there’s a good chance that the service advisor/salesman has no idea that there is a Technical Service Bulletin issued on your vehicle. If he happened to know that there was one issued, he is forbidden by the manufacturer to tell you about it unless you complain!

I think the point to be made is that the decision on whether a defect is a safety issue or not should not be made by the auto manufacturer; it should be made by the National Highway Traffic Safety Administration, NHTSA. Every Technical Service Bulletin, TSB, should be shared with NHTSA and they should make this determination and order the manufacturer to recall all defective vehicles on safety issues.

Many recalls began with the TSB. Rather than seriously analyzing the defect, the manufacturers issue the TSB which NHTSA and most owners of that particular car never learn of. In fact, due to the high volume of TSB’s most dealers are unaware of them too. The manufacturers wait until they have a large number of complaints from customers and until they can count a number of injuries and/or deaths before they issue a recall. The NHTSA began looking into this issue with GM 5 years ago and recently concluded its investigation after reviewing 3,465 complaints from owners including allegations of 107 crashes resulting in 40 injuries. One can only speculate on why the NHTSA would not order a recall at this point of crashes and injuries. There is dissention in the NHTSA over this decision and, I’m guessing, a recall will be issued soon largely due to this NY Times news report.

What can you do to protect yourself until this issue is rectified? First, ask your car dealer to see if there are any TSB’s issued on the specific year-make-model car you drive. He will look in his computer for this. Secondly, I also recommend that you go on the Internet and Google the question. You can input your VIN and the year-make-model and ask are there any Technical Repair Bulletins TSB’s? If there is one or more TSB’s on your car, you should demand that that the car be repaired as indicated by the TSB. There is the possibility that the defect is not detectable at this time and mileage of your car and also the possibility that it will not manifest itself at all. My recommendation is that if there is any question about whether the defect exists, insist on having the repair made. The cost is covered by the manufacturer as long as the vehicle is still covered under the factory warranty (in terms of time and mileage). However, many manufacturers will offer assistance with TSB repairs to owners if their vehicles are out of warranty, so make sure you ask!
Posted by Earl Stewart at 10:45 AM