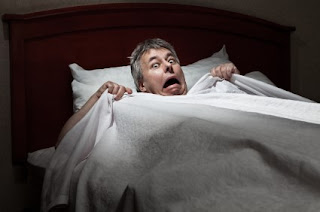 What these two men have in common is an understanding of why most Americans distrust car dealers and why they consider today’s car buying experience unpleasant and even fearsome. Scott Painter and Elon Musk also have a vision for how this can be changed and both of their companies are moving rapidly to do so. They also have something else in common; they are two of the smartest, most honest people I know.

These men and their companies both have the same goal which is to bring total honesty and transparency to the car-buying experience, but they have chosen different paths to accomplish their goals.

Elon Musk and Tesla are lobbying state legislatures and federal agencies to allow Tesla, an auto manufacturer, to sell cars directly to the consumer and by-pass franchised car dealers. Some states have already complied and the U.S. Federal Trade Commission, FTC, has sided with Tesla, and is “strongly recommending” that all state legislatures pass legislation allowing direct sale of automobiles by all manufacturers. 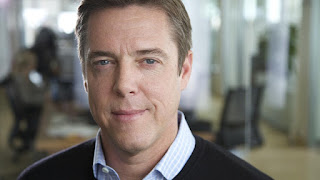 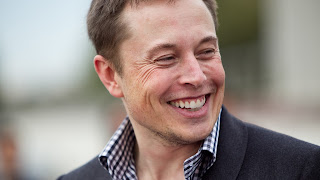 During the early part of the twentieth century privately owned franchised car dealerships were a rarity. Gradually car dealers were able to lobby all state legislatures to pass law making it illegal for a manufacturer to sell cars in their states and requiring that all cars be sold through private dealerships that were franchised by the auto manufacturers. The dealer franchise laws also prevent manufacturers from adding “too many” car dealerships in a given market. These same laws make it very difficult for a manufacturer to cancel a dealer’s franchise. Unless a car dealer commits some very egregious act, like committing a felony, manufacturers have a very difficult time doing anything to replace him. Car dealers make a lot of money and they form associations that are essentially lobbying organizations to maintain the status quo.

Elon Musk’s task is not an easy one. The car dealers and most politicians are and will continue to vigorously oppose him. But he does have a strong trump card which is the “American car buyer”. The Gallup Company has been conducting an annual poll on “Honesty and Ethics in Professions” for 37 years. Car dealers have ranked either dead last or in the bottom three since the poll began. They have shown no improvement. They are frozen in the 1950’s ways of bait and switch advertising and deceptive sales practices. There is no question that, if there were a national referendum vote on whether car buyers should be allowed to buy their cars from other than a franchised dealer, it would pass overwhelmingly.

As you probably know, I am a car dealer and I have been one since 1968. My father started in the retail car business in 1937 and I joined him at his Pontiac dealership in West Palm Beach. My wife and I are still involved in our Toyota dealership and my three sons will continue to operate it, hopefully, for many years to come. I would like to obtain another one or two car dealerships for my sons. Clearly, I do not look forward to the demise of the auto franchise system, but I clearly do understand why this could happen.

Scott Painter offers an alternative to Elon Musk’s goal to eliminate franchised car dealers. His company, www.TrueCar.com, offers a far superior, safer, totally transparent and less expensive way than buying a car directly from a car dealer. TrueCar has established firm rules for car dealers to abide by, if they want to become a Certified TrueCar Dealer. These rules include posting a firm out-the-door price without “surprises” like dealer fees, doc fees, and dealer installed accessories. This affords the TrueCar buyer the ability to compare out-the-door prices with at least 3 certified TrueCar dealers. TrueCar also offers unique and invaluable data to their buyers on what the real transaction prices are for the exact car they wish to purchase in their market. This data is obtained directly from the computers of over 10,000 TrueCar dealers. A potential buyer of a Ford F150 can see the lowest price, highest price, and average price that this vehicle has sold for recently in his market. The buyer can compare these with the prices quoted by the TrueCar dealers as well as MSRP and invoice….TOTAL TRANSPARENCY.

About 30% of all U.S. car dealers are Certified TrueCar dealers. Dealer who won’t comply with the rules are “fired”. Last year TrueCar fired 275 dealers. Customers who have a complaint about a TrueCar dealer can complain directly to TrueCar and they resolve all complaints. There has NEVER BEEN A LAWSUIT AGAINST TRUECAR BY A CUSTOMER since they started in business ten years ago.

There are lawsuits against TrueCar from car dealers and car dealers’ lobbying associations. There is even an effort to certify a class action suit purportedly on behalf of TrueCar stockholders. This is because the other frivolous lawsuits by the car dealers and their associations have driven down the TrueCar stock price. It’s my personal opinion that Wall Street short-sellers are behind this lawsuit. In full disclosure, I own TrueCar stock and I am buying more because I firmly believe TrueCar is the wave of the future in the way that cars will be bought in the USA. I am also a member of the TrueCar national dealer council and a certified TrueCar dealer.
Posted by Earl Stewart at 11:12 AM