The Federal Trade Commission: Most Car Ads are ILLEGAL 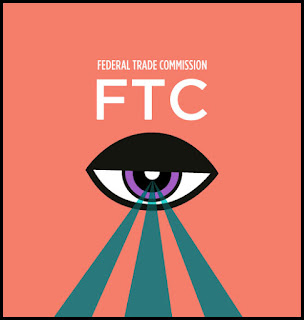 Can you remember reading, seeing or hearing a car dealer’s advertisement that had no fine print? The TV advertisements are especially egregious because, even with HD, it’s literally impossible to read the fine print. If the print were large enough, it’s not displayed on the screen long enough for you to completely read it. You’ve all heard the radio “fine print”. The advertisers are experts at making it incomprehensible. One trick is to put the disclosure at the beginning of the ad so that it appears not to be a part of the advertisement. They will use a different voice, which speaks very softly and very fast. I believe that they record the disclosure at normal speed and electronically increase the speed of the recording to an incomprehensible level. The fine print in newspapers and direct mail is the only fine print that is even possible to read and it often takes a magnifying glass to do so. Some tricks to make it even more unreadable are to make the color of the print blend with the background color of the paper (dark blue print on a dark red background), obfuscate the message by mixing in some legitimate, irrelevant disclosures like “Dodge is a copyrighted brand name of Chrysler Corporation, and they usually locate the fine print as far away from their false claims as possible.

Of course fine print deception is not limited to car dealer advertisements. Car manufacturers, pharmaceutical companies, and most other retailers take advantage of their customers in this manner too.

The Federal Trade Commission says that advertisers are not allowed to “contradict other statements in an ad or to clear up the misimpressions the ad would otherwise leave.” The FTC also says that “Accurate information in a footnote or a dense block of text likely will not remedy a deceptive representation conveyed by a headline or other prominent selling message because reasonable consumers may not read the footnote.”

Car dealer leasing ads and car manufacturer leasing ads commonly advertise low lease payments with large down payments, often obfuscated as “capital cost reductions”. You’ll see a new BMW advertised for $399 per month but when you take in consideration the $8,000 down payment which is impossible to read on the TV screen, the payment might actually be $899 per month.

You see a lot of “100% Guaranteed Credit Approval Ads”, but the fine print says that your credit score will affect the terms and down payment. Interpreted, this means if you have bad credit, you will have to make a down payment up to 100% of the price of the car and the financing terms could be as short as one month. The disclaimer in the fine print is a total contradiction of the headline, bold print claim of the ad and a violation of Federal law.

A popular deception by many car dealers is to advertise a very low price in the headline of the ad with the fine print totally contradicting the ad price. This is done by the fine print saying that the “price excludes dealer installed accessories” which can total thousands of dollars. The fine print also often says “customer must qualify for all rebates and incentives”. These are impossible for any one person to qualify for such as military rebate, college rebate, loyalty rebate, and conquest rebate. To qualify for all the rebates one would have to be on active duty in the military, a graduate of a 4 year accredited college within the past 6 months, drive the same make car as is advertised, and drive a specific competitive make car at the same time.

Another fine print scam is “Lowest Price Guaranteed or We Pay You $1,000”. There’s even one dealer who says he’ll give you the car free if he can’t beat his competitor’s price. The fine print says the dealer reserves the right to buy the other car from his competitor at the lower price. Now, what are the odds that your car dealer’s competitor will agree to that? The fine print also says that you must bring him a buyer’s order signed by the other dealer to verify the lower price. Have you ever asked a car dealer to give you a signed copy of a buyer’s order without actually buying the car from him? He won’t give it to you for the simple reason he doesn’t want to allow his competitor to see it and beat his price.

Florida law requires that dealer fees be included in the advertised price of all cars. Most dealers do not to this but instead disclose the dealer fee in the fine print. Often times they do not even disclose the amount of the dealer fee but simply say “plus dealer fee” or “plus fees”. Florida law does not put a cap on dealer fees as many states do. In theory, a dealer could have a $10,000 or higher dealer fee. Many have dealer fees over $1,000 now. This practice is a clear violation of the Federal Trade Commission’s rules.

I read in the newspaper last week that Governor Rick Scott had just signed 8 more bills into law. This week we have 8 more laws than we did last week. What our state and our country need are not more laws, its more enforcement of the laws we already have on the books.