Comments to the Federal Trade Commission 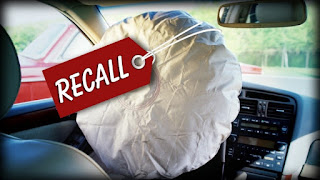 Below are my comments to pending litigation against CarMax, the largest seller of used cars in the USA. The litigation is being spearheaded by Rosemary Shahan, the president of CARS, Consumers for Auto Reliability and Safety. They are the largest car consumer advocate organization in the USA. CARS is the reason we have a “lemon law” in Florida and all 50 states. Shockingly, the Federal Trade Commission has ruled that CarMax and all used car retailers can advertise their cars as “Certified” and claim that they have passed a rigorous safety check, even though that car has a dangerous, potentially lethal recall. CARS and other consumer advocate organizations are suing the FTC to force them to change this terribly wrong ruling.

I've been a car dealer since 1968 and am currently the CEO of Earl Stewart Toyota of North Palm Beach.

Virtually all of the other car dealers in my market (SE Florida between Orlando and Ft. Lauderdale) are actively selling used cars with dangerous recalls. Most of these are Takata airbag recalls. These cars are being aggressively advertised and sold, many of which have NO FIX AVAILABLE (the Takata airbag inflator is unavailable). I have taken the position of not retailing these cars because of my concern for the safety of my customers. When I trade-in one of these affected cars, I don't retail it unless I can replace the airbag inflator. If no airbag inflator is available, I store the car and wait for the time when it can be repaired and made safe.

This puts me at a severe competitive disadvantage to the other car dealers in my market. I must accept these used cars in trade on new or used cars because, if I don't, it will cost me a sale. I am unable to retail the used cars with defective airbags which makes it impossible for me to retail many high demand used cars (Honda is one of the most affected brands). Furthermore, I'm incurring the large depreciation expense of the stored, affected used cars that I cannot retail. I am wholesaling cars with only the passenger side airbag defective.

I have filed a lawsuit against one car dealer in my market under the Florida Deceptive and Unfair Trade Practices Act and will be filing similar lawsuits against more dealers.

I have mystery shopped over 100 car dealers in my market and learned that virtually all of them are selling these cars. Many of them do not even disclose the existence of the recall. Some even overtly deny the existence of the recall. Some tell the customers that there is a recall, but they can take it the dealer to have it fixed, when there is no fix available. The very few dealers that will not sell these cars (less than 5% of the dealers) advertise the cars for sale and use them as a bait and switch to sell the customer another car without the recall. I have shopped CarMax 3 times and they do not disclose the airbag recall unless asked. They advertise their cars as being safe because they have gone through their "rigorous" inspection process.

Very few used car buyers are aware of the severity of the Takata airbag problem. The media has downplayed this issue because of the importance of dealer advertising. The manufacturers are not speaking out because they fear the economic impact from litigation if it is made illegal to retail these cars. The NADA has taken the same position of negative economic impact on their dealers. I find it outrageous that "economic impact" can take precedent over human life.

I see this lack of awareness with my used car customers. They rarely ask about recalls when them buy used cars from me and I sell about 180 used cars monthly. Because of this lack of awareness, the other car dealers in my market are finding very easy to retail these cars. They are not only allowed to freely retail these cars but are under no obligation to disclose the recalls.

The car manufacturers, the dealers, the dealer associations, the legislators, and the regulators are all grossly negligent in not taking responsibility and action against this terribly dangerous threat to used car buyers. The danger is even greater than the current situation suggests. We know statistically that most recalled cars are NEVER REPAIRED...the older the car, the less likelihood of its being repaired. With the Takata airbag inflator, the older the car gets the greater the danger of a failure. Also, who knows how many deaths from the shrapnel of Takata airbags have actually


Until we can get a law passed making it illegal to sell killer cars with dangerous recalls, it’s BUYER BEWARE. Before you buy any used car, check the VIN with NHTSA and the car’s manufacturer, www.IsMyCarRecalled.com. You can also help make this illegal by signing my petition, www.AirbagRecallPetition.com.
Posted by Unknown at 12:38 PM