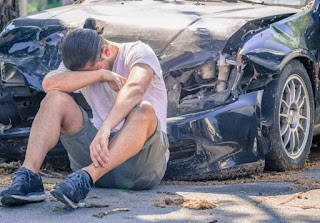 You can also access the article below by going to: www.ForbesOnDangerousAutoCrashParts.com

Aftermath of a crash
After a car crash, car repair and body shops often install “aftermarket” or “knock-off” replacement parts that are cheaper than the original parts, saving consumers lots of money. The Insurance Information Institute reports that aftermarket parts have saved consumers more than $2.2 billion in repair costs since 2010. The bad news: The bulk of these parts are not certified for quality and safety.

Knock-off parts purchased on the so-called “grey market” aren’t really an issue when it comes to fenders, grills and other cosmetic features that don’t affect safety. But structural parts like hoods and bumpers are another matter, according to the Insurance Institute for Highway Safety. If those parts aren’t up to standard, the cheap car repair could come at a very high price.

“I refuse to use aftermarket parts,” says Florida car dealer Earl Stewart, a consumer advocate based in North Palm Beach who has worked in body shops for the last 47 years. A poorly made part, he says, “can make the difference between airbag deployment and someone’s head going through the windshield.”

Controversy over aftermarket parts safety
Unless you've been hanging around repair shops lately, you may not have heard of aftermarket parts and OEMS. Here's a quick review: Some replacement parts come from Original Equipment Manufacturers, or OEMS, which use carmaker specifications to create a blueprint so their copy will be identical to the "genuine" parts from the carmaker. Aftermarket auto parts are copies of an original part. Some are certified for quality by a non-profit organization, and others aren’t.

The safety of aftermarket parts became a hot issue in 2010, when Consumer Reports reported computer-simulated crash tests from Ford showing that knock-off bumpers and radiator parts could cause the airbag system to malfunction.

Here’s how it’s supposed to work: An impact on the bumper sends vibrations through the vehicle body to the airbag sensors, which then trigger the airbag to deploy if necessary. In one Ford Mustang test, the magazine noted, the original Ford bumper was one piece made from “ultra-high-strength steel.” The aftermarket copy, in contrast, was created from two pieces of weak steel that were spot-welded together. The weaker bumper sent a different signal to the sensors, a potentially dangerous scenario.

CAPA’s goal is to provide high-quality alternatives to both shoddy knockoffs and expensive car company brand parts. “What’s different about us is that we don’t have any vested interest in the sale of these parts,” says CAPA executive director Jack Gillis. “The heart of our program is the public interest.”

Proven parts
CAPA puts the parts through a rigorous testing process, including crash-testing for car bumpers. A video on CAPA’s website shows an uncertified bumper exploding in a crash while a CAPA-tested bumper survives unscathed:

Gillis says the exploding bumper underscores the need for certification. “Some of these replacement parts look really great, and even an industry professional can’t tell the difference by looking at them,” he says. “Only testing will reveal whether they’re as safe and durable as the original and perform the way they’re supposed to.”

CAPA, which also tests cosmetic auto parts, has certified about 20 percent – or 85 million certified parts -- of all the replacement parts on the market.

To receive the certification, a manufacturer first has to pass a detailed inspection of its factory and manufacturing process. If that happens, the manufacturer can submit replacement parts to CAPA for a battery of different tests, all of which are available to the public. The nonprofit's tests have found everything from corrosion problems and substandard metal to missing hood reinforcement plates.