Don't Pay Car Dealers for Nitrogen in Your Tires 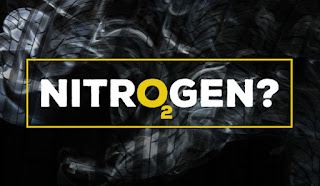 It’s bad enough that gas stations now make you pay to inflate your own tires with air. But at least you’re getting what you paid for…air which does what it’s supposed to do and that is to keep your tires inflated.

Many car dealers are now charging customers to fill their tires with nitrogen instead of air. They tell you that nitrogen does not leak from your tires as quickly as air and this means that your tires will stay properly inflated longer before you must add more nitrogen (and pay the dealer for this). What the dealers don’t tell you is that the air that is already in your tires is mostly nitrogen anyway. In fact, 78% of the air we breathe is nitrogen. Oxygen represents only 12% of the air. The rest of air includes carbon dioxide and other inert gases. I’m not sure what the purity of the nitrogen is that they pump into your tires for $199 (this is not a typo…one hundred and ninety-nine dollars for filling four tires full of mainly air). But, you can be assured that the purity of the nitrogen is not 100% and is probably closer to the 78% that regular air consists of.

Even knowing all of the above, I have to admit that I was curious about whether or not nitrogen could prolong tire live and improve fuel economy because I knew that NASCAR drivers used nitrogen filled tires and I heard that Volvo’s came from the factory with nitrogen in their tires. I have a BS in Physics from the University of Florida and a Master of Science from Purdue and these kinds of things interest me. So, to find out for myself, my dealership conducted an experiment. We have a fleet of rental cars and we filled two tires of each car with pure nitrogen and 2 tires with regular air. Over the course of many weeks, we measured the pounds of inflation in the nitrogen and air-filled tires. There was no difference in the inflations of the nitrogen v. s. the air-filled tires. If there is no difference in the inflation, there can be no benefit from nitrogen of better gas mileage or fuel economy.

Consumer Reports also conducted a test on nitrogen in tires vs. air. The bought samples of virtually every tire sold in the USA, filled half with nitrogen and the other half with air. The let the tires sit for one year and then checked the air pressure vs the original. There was virtually no difference in air pressure. Consumer Reports conclusion was that nitrogen won’t hurt your tires, but you shouldn’t waste your money. Air is just as good.

You may have read my column last week, “Beware the Phony Monroney”. In that column I warned you about car dealers that add a window sticker designed to look exactly like the federally mandated Monroney sticker. This is where you should look for dealer installed accessories and additional dealer markups over MSRP. Often these accessories have a high price but a very low cost. In the case of nitrogen in four tires selling for $199, this is exactly the case. Since air is already 78% nitrogen, it costs virtually nothing to extract nitrogen from the air. To be generous, let’s say the dealer’s cost is $10 including labor. That is a 2000% markup when he charges $199.

Just when I thought I’d seen it all, I actually saw window stickers on a car today from another dealer who had actually modified the Monroney label to show nitrogen filled tires. To do this, the dealer actually had to remove the real Monroney label, make the modification showing the nitrogen tires, and re-paste the Monroney label to the window. Federal law requires that a Monroney label not be removed until the vehicle is delivered to the customer. It also requires that it not be modified. This new vehicle was one we had traded for from another dealer and still had the counterfeit Monroney and the modified real Monroney attached to the window. The modified Monroney looked so authentic, that one of my technicians and my service manager inquired of Toyota about the necessity of our carrying nitrogen tanks so that we could refill these tires with Nitrogen. If this could fool a Toyota dealer’s technicians and service manager, it might fool you too.

This dealer also had another charge added to the counterfeit Monroney sticker, a $4,995.00 “Market Value Adjustment”. Most prospective customers think that this is part of the manufacturer’s recommended retail price. They either end up paying too much money for the vehicle or think they are getting more for their trade-in or a bigger discount than they really are. It’s easy to allow someone an extra $5,000 on their trade-in when you have already marked the car up an extra $5,000 over sticker price.
Posted by Earl Stewart at 10:05 AM