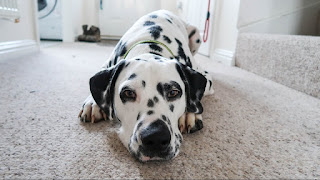 This article was run previously. I apologize to those readers who have read this before, but I feel it’s necessary to rerun columns that focus on dangers to car-buyers that are prevalent. The situation described in the next paragraph motivated me to rerun this column.

Yesterday, I received a phone call from a young man whose wife had purchased a new Tundra truck from a Toyota dealership South Florida. She traded in her old car for a down payment and financed the truck at an interest rate of 5%. She happily drove the truck home and showed it off to her friends, neighbors, and relatives. About 3 weeks later, she received a call from the salesman at the dealership telling her that her credit had been declined by the bank. She was ordered bring the truck back and that the contract would have to be rewritten. The new contract had a substantially higher interest rate, raising the total cost of the truck by thousands of dollars. When she demanded her trade in back, she was told “they couldn’t find it”. I told the husband and wife to speak to the owner or general manager of the dealership and tell them that they would hire an attorney if they refused to reverse the deal and give them their trade-in back or honor the original contract.

When you bought your last new or used vehicle, did the salesman encourage (or even insist) that you drive your vehicle home that same day? The chances are very good that he did because Florida dealers and those in most other states have a firm policy of doing this. I’ll estimate that 90% to 95% of all cars sold in Florida are “spotted” which is the slang expression dealers have for this policy. A few states, like New York, make it illegal to deliver a newly purchased car until the tag, title, and registration process have been finalized which delays the delivery for a few days. As much as you may be tempted, these are 5 reasons you should not sign the papers and drive the newly purchased vehicle home the same day you decide to buy it. Some car buyers are under the impression that there’s a 72 hour “cooling off period” mandated by law that allows you to return purchases, but this is not true when you buy a car at the dealership. It applies only if you purchase the product in your home.

(1) If you’re financing the car through the dealer, there’s a chance that your financing has not been approved based on the same terms, interest rate, and down payment you agreed to. If you bought the car on a weekend or after 5pm, most banks and credit unions are closed. Even if you bought it earlier during a weekday, it can take a day or more for a bank to do a thorough credit
investigation and approval. If your credit is later turned down or the down payment, interest rate, or terms modified, you will be faced with the embarrassing necessity of returning the car and resigning a contract that will result in you paying more money than you had agreed to.

(2) Most cars, surprisingly, are purchased on impulse with emotion overcoming logic. The 2nd largest expenditure the average person makes in their life is for their car. This decision should be made with logic, not emotion. Logic dictates that one should spend several weeks studying the pros and cons of the many different vehicles available. The Internet offers a wealth of information. Should you lease or buy? Should you buy a late model used car or a new one? Which dealer offers the lowest price? Which dealer offers the highest price for your trade-in? Which bank or credit union offers the lowest interest rates and terms and down payment acceptable to you? You should never buy a vehicle without an extensive test drive.

(3) The dealer may be insisting that you take delivery immediately because he knows that this is the best way to force your emotion to overcome your logic. When you take your new vehicle home and show it off to your friends, family, and neighbors, you’re far more likely not to change your mind. Because you’ve left your trade-in with the dealer, you’re not going to be checking prices with other dealers. Taking you out of the market by keeping your trade in has a slang term among dealers…you’ve been “de-horsed”. Taking that new car home the same day also has a slang term…you’ve been “puppy-dogged”. Have you ever gone puppy shopping with your family and brought home a warm, cute, and cuddly puppy? What are the chances you’ll return her the next day because the price was too high?

(4) A legally binding contract must have “offer and acceptance.” Taking your car home completely binds the acceptance of the contract, if you signed one, and makes it far less likely that you will be able to get out of the deal you made.

(5) Unscrupulous car dealers will spot deliver cars knowing that the lender will not approve the low interest rate, low down payment, and longer terms that you have agreed to. They’re relying on the fact that you’ll fall in love with your “new puppy” and that you’ll brag to your family, friends, and neighbors how about the low price, low interest rate, etc. that you negotiated. When you get that call from the finance manager at the dealership a few days after delivery that you must come back to “take care of a little more paperwork”, you won’t hesitate. When you get there, you find out that you have to come up with a lot higher down payment, a much higher interest rate, and tell you that you have to buy an extended warranty because “the bank requires it”. Your monthly payment goes way up and so does the dealer’s profit. The dealers have a slang expression for this too…it’s called the “yo-yo delivery”.

If you find yourself in the position of being told to return your purchase because the bank requires a higher interest, higher down payment, or shorter terms be sure that you understand that you have no obligation to sign a new contract and keep the vehicle. Your contract is null and void. There’s even an argument to be made by you and your lawyer that the first contract is valid and that you can keep the car at the original terms agreed upon. You may have signed a paper, typically referred to as a “Rescission Agreement”, which purports to require you to return the car if the bank refuses to honor the contract as written. There are financial penalties if you don’t. This was common practice with all Florida car dealers for many years but court decisions, case law, has made this a very questionable practice. I hope that this never happens to you but if it does and you decide you want to keep the car under the terms of the original finance contract, I recommend you hire a lawyer.
Posted by Earl Stewart at 9:56 AM