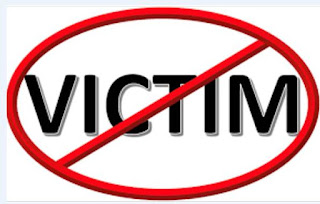 There’s a mindset among many Americans that, “The best government is that which governs least”. I understand and largely accept that thought, but I do believe governments have a duty to protect those that cannot defend themselves. When I advocate passing laws to prevent car dealers from adding hidden fees to their advertised prices, or selling cars without disclosing dangerous recalls, I’m often attacked by those who say car buyers have a responsibility to discover these deceptions on their own…without government interference. It’s like saying, “If you were more careful, you wouldn’t have been cheated; you deserve what you got!”

I receive a lot of emails, calls, and letters every week from victims of car dealers who were taken advantage of in buying, leasing, and servicing their cars. They mostly call to ask what they can do to get all or some of their money back. These “victims” fall into different categories: The elderly; the very young; Those who don’t speak or understand English well; The uneducated; People with bad credit; and everybody else.

(1) The elderly, especially widows, are the most victimized. The reasons for this are that Florida, especially South Florida, is a “retirement” state. Baby boomers and pre-baby boomers make up a disproportionately large percentage of Florida’s population. Not only that, but life expectancies have soared in recent years…81 for a woman and 76 for a man. Husbands usually predecease their wives. Women’s role in the American culture is a great deal different than in the 1930’s and 1940’s. Often, the husband was, not only the breadwinner, but the decision maker in the household. Widows of that era are often buying their first car today. Men and women in their seventies, eighties, and nineties (Yes, I have a lot of customers in their nineties) aren’t as sharp as they once were. I’m 78 and I’ll be the first to admit this. In my opinion, men and women of my age, and older, are more trusting. We can’t forget the terrible disease, Alzheimer’s. Unless a court declares a person incompetent, a person with Alzheimer’s can legally buy a car in Florida and it happens all too often. This is one of the most despicable acts that some car dealers commit.

(2) What chance does a teenager or kid in his twenties have when negotiating with a car salesman and his manager to buy a car? Usually it’s the parents who call me to tell me how their son or daughter was taken advantage of. I don’t tell them this, but what I’m thinking is “Why did didn’t they accompany them to the car dealership to advise them?”

(3) South Florida is not only a retirement area, but it’s a haven for immigrants from Cuba, Haiti, and South and Central America. Many of these are first generation Americans who have a difficult time with English or can’t speak, read, or write English at all. These people are easy prey for unscrupulous car dealers. Can you imagine how difficult it would be for you to get a fair price on a car you were buying in a foreign country where you were didn’t speak or understand the language?

(4) Let’s face it; there are too many Americans who never had the benefit of a proper education. We have too many high school dropouts and too many high school graduates who still can’t read or write as well as they must to function in our society. Lack of a good education is one of America’s most serious problems and we’re seeing other countries like China, Japan, Germany and India pass us by in educating their children. It’s almost criminal how the educated are exploited by car dealers’ advertising and sales tactics. How many car dealers’ TV and online advertisements have you seen that you laugh at, knowing that they’re totally untrue, “bait and switch” to lure you into the dealership. You wonder who would believe that kind of nonsense. The reason that car dealers keep running those ads is because they work.

(5) There are always people with bad credit who must buy a car, especially In Florida. Without an effective mass transit system, a car is virtually a necessity to get to your job or find a job, not to mention the doctor, school, or the pharmacy. People with bad credit are at the mercy of the car dealer. The main thing on these peoples’ minds is not how good a price or a car can I buy or how low an interest rate, but can they be financed? Knowing this, car dealers will charge whatever price and interest rate the lender will let them get away with. People with bad credit almost always pay dealers a higher profit than those with good credit.

(6) “Who should be held responsible for car dealers ripping off customers?” For categories (1) through (5), the answer is our regulators and our lawmakers. But for the last category, “Everybody else”, it’s themselves. Of course, it goes without saying that the car dealers who do this are responsible too. But who doesn’t know that most car dealers do business this way? Who doesn’t know that car dealers perennially rank last on the annual Gallup “Honesty and Ethics in Professions” poll? I received an email from a woman who fell in none of the first 5 categories above. She was terribly victimized by a very unethical car dealer from whom she bought two used cars on the same night. Her email asked me for advice on what she should do. Of course, the “horse was out of the barn” and this makes things more difficult. This woman did not ask for or receive a CarFax report on either used car. Nor did she take either car to her mechanic for approval. She clearly didn’t investigate the dealer for reputation. She didn’t check any sources like Consumer Reports for recommended used cars. She did not shop and compare prices for similar cars and the list of “did not’s” goes on. If you don’t do your due diligence when you buy a car you are equally culpable with the car dealer who took advantage of you.

At this point, I will shamelessly plug my book, Confessions of a Recovering Car Dealer. I say “shamelessly” because 100% of the proceeds from my book go to Big Dog Ranch Rescue. You can buy at book on Amazon by clicking onwww.EarlsBook.com.It will tell you everything you need to know about how not to be ripped off by a car dealer. Or, you can read my blog articles on this at www.EarlOnCars.com.
Posted by Earl Stewart at 10:31 AM