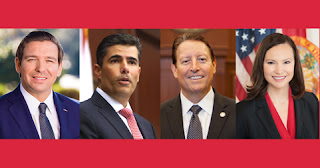 You may know of me, I’ve been an auto dealer in Palm Beach County for over half a century. I currently own a Toyota dealership in North Palm Beach/Lake Park, but I’m more known for my activities as a consumer advocate for car buyers. You can Google me and learn about my platforms…radio show, blog, newspaper columns, book, and public speaking.

I’ve been mystery shopping car dealers weekly for more than 17 years. I’ve learned that very few car dealers in Florida are abiding by the Florida law requiring them to include all profits and costs to the dealers in their advertised prices. Last week, for example, I mystery shopped H Greg in West Palm Beach, part of a 20-dealership chain. Their online advertised price excluded $1,298 in hidden fees. You can access this shopping report and hundreds more just like it by going to my blogwww.EarlOnCars.com. I estimate that the dealers in Florida that abide by this law to be less than 1%.

Because of the lack of enforcement of this law, dealers have been emboldened, and they have become more aggressive and ingenious in their ways to profit by deceiving the car-buyers in their advertising. You should know that Florida has the least regulated hidden fee laws in the USA. No other state allows car dealers to charge as much as they want, NO CAP, in hidden fees, name the hidden fee anything they want (tag agency fee, electronic filing fee, doc fee), and Florida dealers can charge as many different hidden fees as they like. Two or three fees is common place.

Governor Desantis, Speaker Oliva, President Galvano, and General Moody, you were elected by the voters (who are also the car-buyers) of Florida because they believed that you would uphold your oath of office and enforce our laws. When they voted you in office, they believed that you would be concerned about their ability and right to respond to car dealers’ advertising without fear of being tricked into paying car dealers thousands of dollars more than the advertised price.

Recovering Car Dealer
Posted by Earl Stewart at 10:51 AM