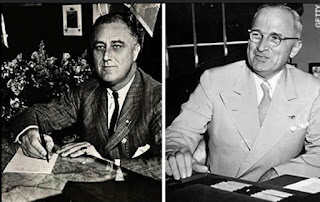 Please excuse this column’s deviation from Earl Stewart on Cars automotive theme. I started to write a column on “How not to get ripped off by your car dealer”, but it seemed rather unimportant in view of the Coronavirus threat.

My father, Earl Stewart Sr., was born in 1892. He was an avid Republican and disliked Franklin Roosevelt and Harry Truman.

I’m old enough to remember that he strongly supported Harry Truman in World War II because he was our president and the leader of our country. After the war was over, he regressed to referring to President Truman as “that G.D. Haberdasher”. 😃

He told me that he also supported Franklin Roosevelt during WWI.

The Coronavirus, Covid-19, is potentially a greater threat to humanity than WWI or WWII. As I write this, nobody knows just how many lives will be lost or how much damage it will have on the world economy. We must hope for the best and prepare for the worst.

There’s almost no one alive today who was alive during WWI and very few that were during WWII. History tells us a lot about how the “free world” survived those times. Survival is our strongest instinct and the USA did what had to be done for us and the rest of the free world to survive. Looking back on some of the decisions our leaders made, there’s lots of controversy…Interring Japanese Americans in camps in California, killing millions of innocent civilians in Hiroshima, and Nagasaki, and knowingly sacrificing 37,000 American and allied soldiers during the Normandy Invasion. Arguments are made today on both sides of these and many other issues; but during WWII, there was no time for arguments or even compromise. Time was of the essence and our survival was at stake.

Much of what our leaders did to win those two world wars is still unknown. Censorship and secrecy will keep us from knowing everything done to ensure victory. But the bottom line is that we won and are not a German or Nazi state today…neither is the rest of the world.

Here we are in the 21st century when secrecy and privacy are almost nonexistent. Freedom of speech allows everyone to criticize and object to anything or everything. Everything is subject to debate and decisions are usually based on compromise. During an emergency, a crisis, these rights can slow us down.

To come out of this crisis as quickly as possible, we must decide and act as quickly as possible.Our leaders must put aside personal animosities, and political differences. We should send a message to our politician’s that we U.S. citizens, Democrats and Republicans, will “bury the hatchet” until covid-19 and our shattered economy are history. We can tell our elected leaders, Republicans and Democrats, that we want swift and strong legislation even if one side or the other doesn’t get everything they want. We should all watch our leaders carefully and, when they come up for reelection, remember those that played petti politics with our lives during this crisis and vote accordingly. I’ll vote for the Republican or Democrat who swallowed his or her ego and pride for the sake of winning WWWIII.

There’ll be plenty of time for political attacks and mindless partisanship AFTER we’ve defeated the Coronavirus.
Posted by Earl Stewart at 12:32 PM