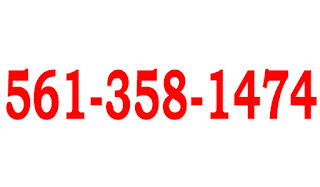 This column was prompted by a Facebook friend who reminded me yesterday that I’d sent her a post with my cell phone number included. She warned me not to display this in the social media. Certainly, conventional wisdom and most people feel the same way. I fully understand that I “march to the beat of a different drummer”.

I’ve had this cell phone number, 561 358-1474 before I formed “Stewart Cellular Communications Inc” in 1993, the first agent for Bell South Mobility in South Florida. I’ve been sharing this number with my customers for many years; it’s on my personal business card which I freely pass out to all my customers and prospective customers. The switchboard operator at my dealership passes my business card out to anyone who asks. When someone calls the business number, 561 844-3461, and asks for me, the call is automatically passed directly to my cell phone.

I must confess that I was nervous about this when I first began doing it, but my fears were never realized. Sure, I get a few unwanted solicitations and crank calls, but far fewer than I thought. People are a lot more respectful of my time than I ever dreamed. Since I began opening myself to all my thousands of customers, I’ve learned more ways to improve my business than ever before. The negatives to this openness are dwarfed by the positives.

I share this with you, not only to brag because I’m the only car dealer in the World that dares to do this, but to advise car buyers to make it a point to get the cell phone numbers of those they deal with when buying or servicing their car. The salesmen and service advisors always ask for your cell number, don’t they? Before you give them yours, insist on getting theirs. If you have a problem, they can’t “disappear”. But, don’t stop there. Ask for the cell phone number for their manager. If he refuses, that will tell you something right away about his sincerity, transparency, and honesty. It tells you that he wants you to trust him, but he doesn’t trust you. Now, if you really want fewer problems after your purchase or service, ask for the personal cell phone number of the “manager’s manager”. If you can get all three of these numbers, each of those individuals is far more likely to honor their promises and be more transparent, especially the salesman or service advisor that know his bosses also gave you their cell number.

If you don’t believe that I do what I just said I did, give me a call at 561 358-1474. If I don’t answer right away, please leave a message and I promise I’ll call you back. I’ll admit that I don’t always return calls from folks who call, hang up and don’t leave a message. But I always get back to those who leave a message and are customers, prospective customers, or others who are not solicitors or cranks.
Posted by Earl Stewart at 11:07 AM