Punishment Should Fit the Crime... and the Criminal’s Pocket Book 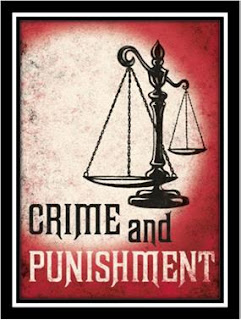 Have you ever wondered why 95% of all drivers routinely exceed the speed limit? Not only do most drivers wantonly exceed most speed limits, but it’s also often dangerous if you don’t speed when everyone else is. According to Bankrate.com, the average speeding fine in most states is only $150. This cost is relatively low to the average car owner, and a driver’s odds of being the one pulled over by the police are miniscule. The result of these low, “slap-on-the-wrist” traffic fines that are rarely administered is that virtually every driver speeds and traffic deaths and injuries are very high.
Regular readers of this column know about the recent “slap on the wrist” given a large auto dealer group owned by Ed Napleton. The FTC settled with the Napleton group, 71 franchises in 7 states for $10 million for allegedly cheating his customers out of $70 million. That’s a “pretty good deal” for Napleton…700% return on his “investment”. Oh, and guess what? My EarlOnCars.com mystery shopper went into two of his South Florida dealerships after he was fined and learned that he’s still deceiving his customers for the same things that he settled with the FTC for!
The May 30, 2022, edition of Automotive News (the trade journal for all auto dealers and manufacturers) features an editorial entitled “Weak Fines do little to deter bad behavior”. They mentioned Chrysler Corp., now known as Stellantis, pleading guilty in the federal courthouse over fraudulent emission testing. Chrysler-Jeep-Dodge/Stellantis will pay $300 million in penalties. Now, I know that sounds like lots of money to you and me but compare this to the $2 billion that Volkswagen agreed to pay in 2017 for the same crime. The $300 Million settlement by Chrysler-Jeep/Stellantis represents “29 hours” of their North American first quarter revenue!
There is a concept in our law called “Punitive Damages”. All businesses fear this when they’re sued because the amount of the fine is left up to a jury and the amount of the fine can’t be covered by insurance. The jury is instructed by the court to take into consideration the extent of the crime and the net worth of the company or individual charged. That means that punitive damages for you or me would be far less than those for Elon Musk or Jeff Bezos for the same crime or bad behavior.
This principle should be incorporated into all fines and penalties. Why should a working mom, struggling to make ends meet pay the same fine as Warren Buffet? By the way, Warren Buffet, himself, says that his “secretary” pays more income tax than he does. Folks, there’s something seriously wrong without system of laws and fines.
As most of my regular readers know, most car dealers have been breaking the same laws on advertising and sales practices repeatedly for nearly 100 years. Their powerful lobbyists protect them from new laws to protect car-buyers, the enforcement of old laws already on the books, and minimize the fines when they are caught.
Posted by Earl Stewart at 12:07 PM