Buying, Leasing, and Servicing your Car Is Governed by “Survival of the Fittest” 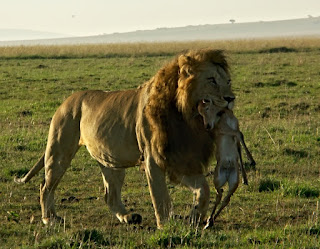 Buying, leasing, or servicing a car is in an “evolutionary time warp” compared with most other retail transactions. Buying an iPhone from an Apple store, a TV set from Target, or a dress from Macy’s is actually a pleasant experience. People shop in modern stores as a form of pleasurable recreation without any intention of buying anything. My wife, Nancy, and I go to Costco often on Saturdays, not because we have a lot to buy, but because it’s a pleasurable way to spend an hour or two. Contrast this with buying a car which many compare to having a root canal or a colonoscopy.

Flash back about 75 years in the retail evolutionary tree, and you have the “21st century” car buying experience. Everybody you deal with is paid a commission on whatever you buy…a car, service for your car, parts for your car, or financing or insurance for your car. This commission is directly proportional to how high a price they can coerce you into paying for the car, part, service, finance or insurance. Furthermore, everybody pays a different price for everything they buy. You might buy a new 2013 Jeep Wrangler Sahara today for one price and find out that your next door neighbor paid $2,000 less the following day from the same Jeep dealer you bought yours from! In fact, it’s almost certain that she paid a different price than what you paid. The price each of you paid depended on the buying and negotiating skills of you and your neighbor. The difference in price is also affected by the skill, ethics, and integrity of the car salesman and manager you dealt with.

Car salesmen, on the average, earn about 25% of the profit they make when they sell or lease you a car. The average profit on a new car is about $2,000 but this average is made up of wild variations from “zero profit” to $20,000 and even higher. You ask, “Why would a car salesman sell a car for zero profit if he’s paid on commission?” There are two reasons. First, some cars are “real dogs”, very hard to sell and may have sat on the dealers lot for months or even years. Salesmen are paid what is called a “flat commission” to sell these “dogs”, anywhere from $100 to $1,000. The second reason is that manufacturers often pay big bonus money to dealers for hitting a monthly objective. Toward the end of the month, dealers will also pay flat commission to salesmen so that they can hit their volume objective.

You may also ask, “How could a dealer possibly make a $20,000 profit on a car?” The most common way it by leasing a car and tricking the customer into thinking he is buying the car. A large down payment or trade in added to the normal profit on a lease can be gigantic and the monthly payment is reduced so much by the down payment that the unsuspecting lessor is not suspicious.  Sometimes people are talked into leasing by the salesman promising them that they can return the car at any time, just as if it was a daily rental. Remember that a salesman will earn a $5,000 commission on a least with a $20,000 profit.  Another way people are tricked into paying exorbitant profits when buying, is by dealers marking up the manufacturer’s sticker price with an addendum label. The dealer advertises that price as the “list price” or “sticker” price but what he doesn’t tell you is that it’s his sticker/list price, thousands higher than the manufacturer’s MSRP.

The same wild variation in price for the same products or services applies also to what you pay for service, parts, and finance and insurance. Your neighbor who was smart enough to finance his car with his credit union, can easily save $3,000 over what you paid in the dealer’s F&I department if you weren’t careful. If you allowed the “assistant service manager” or “service advisor who is really a commissioned service salesman to sell you unneeded services, you also paid more than your more careful, prepared neighbor.

As most regular readers of my blog, newspaper column, and listeners to my radio show know, my mission is to educate you so that you will be the winner in the contest between the car salesman, service salesman, and finance and insurance salesman. My frustration is that you’re probably already “survivors”. The mere fact that you read my blog and column and listen to my radio show proves that you’re trying to improve your skills and you are not overly trusting of car dealers who may be out to deceive you.  In other words, I’m “preaching to the choir” in a sense.

Last week I received a call from an 82 year old man who thought he had bought a new 2013 Hyundai Santa Fe but found out when he drove it home he had signed a lease, not a purchase contract. The dealer made at least a $15,000 profit and the salesman made about a $3,750 commission. When he realized what they had done to him he brought the car back and offered the dealer $1,000 to take back the Hyundai Santa Fe and return his trade-in, a 2010 Santa Fe. They refused, saying “You signed the paper and you’ve leased a car”. I’m working with the elderly man now to try and help any way I can. I’ve spoken to the General Manager of the Hyundai store and am trying to get him to do the right thing. At this point, things don’t look too promising.

The problem is that there’s a group in our society that is, unfortunately, natural victims. They’re too trusting, not well enough educated, very young (first car purchase), mental faculties failing (maybe the last car purchase), and language impaired (immigrants). Unscrupulous car dealers and salesmen lay in wait for these victims just like a lion lays in wait on the Serengeti plains for a young or injured antelope. That’s why I used “survival of the fittest” in my title.

You can easily recognize the advertisements that are aimed at the victims. You’ll see or hear phrases like “We’ll match your down payment”, “We’ll allow you $8,000 over book for your trade-in, “We guarantee the lowest price”, “Bad credit or no credit is no problem”, or “$7,000 discounts on all new cars”. The victims flock into dealerships that run these ads like sheep to the slaughter.

Because I don’t advertise this way, I rarely see “victims” in my Toyota dealership. My customers are mostly well informed consumers and lucky for me, there are a lot of them and they are growing in numbers. I’ve grown to become the largest volume car dealership in Palm Beach, Martin, St. Lucie, and Indian River Counties. However, I must say that as a businessman and a humanitarian, I’m very sorry that I cannot sell cars to those who suffer the most, the victims of our society. But, I’m the proverbial optimist and believe that through better education and smarter, more compassionate regulation we will see the victims of our society minimized over the next few years.
Posted by Earl Stewart at 9:19 AM