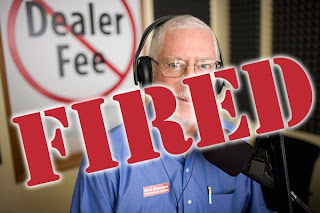 Earl Stewart, who has for the past seven years hosted the Seaview Radio show Earl Stewart on Cars with his wife Nancy Stewart – has been forced off the air by Seaview, bowing to threats from competing car dealers to pull their advertising from the station.  His show has been cancelled immediately, according to Seaview Station Manager Chet Tart.  The decision was made by Seaview owners Jim and Tricia Woods (correct?) in response to the threats to their advertising income.

Each Saturday from 9 – 10 a.m. on Seaview  (960 a.m., 95.9 FM and 106.9 FM), Stewart answered calls from listeners on everything from how to buy a car without getting ripped off, to how to service a car, get the most our of a lease, and other consumer oriented questions.  One of the most popular weekly segments is the “Mystery Shopper” where a listener visits a local car dealership and reports back to the audience on their experience.  From these experiences and listener feedback, the show developed a “good car dealer” and “bad car dealer” list.

Last week, one caller reported on a bad salesexperience at Ed Morse Toyota.  When the owner of Ed Morse heard about the unfavorable report on the radio show, he called the owners of Seaview Radio and threatened to pull his advertising from the radio station if Stewart’s show wasn’t cancelled.  He said that other car dealers would join him in this effort to silence Stewart by also pulling their ads from the Palm Beach Gardens-based radio station.

Stewart has been a vocal advocate for consumer rights and has promoted changes in the way car dealers do business, leading a statewide effort to abolish or limit dealer fees in Florida, expose scams such as paying for nitrogen in tires, and more.  In September Stewart was featured on ABC Network news’ The Lookout as an honest car dealer commenting on unethical car deal techniques.

“It’s a sad day for consumers when a radio station cancels one of its most popular programs simply for telling the truth to the public,” Stewart said.
Posted by Earl Stewart at 6:57 PM