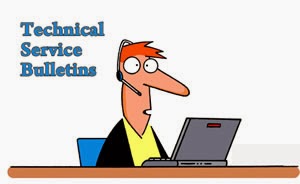 Last night I received an email from a reader of this column asking my advice about her 2003 Toyota Camry. She has owned and driven this car since she bought it new more than 10 years ago. She takes very good care of her cars and her Camry performed flawlessly. She has had her cars serviced regularly by an independent mechanic for 15 years who she knows and trusts. A short time ago, while her husband was driving this car the starter malfunctioned, the a/c quit, the car overheated, and the needle was buried in the hot range.  This all happened at the exact same time. She took the car to her independent mechanic and he and he replaced a cooling fan in the a/c, gave her a new ignition coil, and also did something with the radiator since all the coolant was gone from it.  The bill was almost $1,200.00.

Well, you may have already guessed what comes next. When her husband picked the car up from the mechanic, he only drove 10 to 15 mile and the car quit again, doing all the exact same things.  He managed to get it back to the mechanic who also was completely baffled by what happened. At his point, her mechanic did what he should have done before he made the previous repair. That is to check with the manufacturer of that make car through the Internet or a local dealer. When he did check, he found that there was something called a “Technical Service Bulletin” issued on this year and model Toyota Camry, TSB SB-0015-11 which exactly describes the conditions that occurred with the car, and the recommended fix.

Obviously, the woman who emailed me wanted to know why Toyota had not advised all owners of the year and model of this Technical Service Bulletin. If she had known, she could have taken precautionary measures when the described symptoms occurred or even taken it to her mechanic or a Toyota dealer for an inspection. Now she’s wasted $1,200 and is faced with replacing her engine. Of course, this makes no economic sense on an 11 year old vehicle.
Technical Service Bulletins, TSB’s, are sent only to dealers of the manufacturer of that make car, not to independent service departments or mechanics. They are not made public and not shared with owners of the model the TSB is issued on. One might ask, what’s the difference between a TSB and a “recall”? The manufacturers take the position that recalls are for widespread problems with a particular model or a safety issue. For this particular TSB, my Toyota representative said he had experienced only two occurrences. But this is only for his territory in part of South Florida. He doesn’t know how many problems have occurred worldwide. As far as safety issues are concerned, in my opinion, that’s a matter of opinion. Is it a safety issue if your engine blows up while you’re driving 75 mph on the turnpike in heavy traffic? Some would say, yes.

In my opinion, owners of models affected by TSB’s should be notified as a precautionary measure even if only a few cars of that model are affected. I think there are three reasons manufacturers don’t do this. First, no manufacturer likes to tell people when they’re having problems with a car they manufactured. As you know, sometimes manufacturer’s wait so long to notify their customers of product defects that the National Highway Traffic Safety Administration, NHTSA, has to order them to do so. The second reason is that if they told the owners of that model of a particular problem, the owner might bring her car into a dealer and have the problem fixed under warranty. Whereas, if the car fails at a later date and is out of warranty, it costs the manufacturer nothing. The third reason is that manufacturers are very concerned about dealers who will use any excuse to repair a car. They’re afraid that the dealer will take advantage of the manufacturer or the customer (depending whether the car is under warranty or not) and do work on the car that isn’t needed. This is only my opinion and all manufacturers will vehemently deny this.
My advice is to check with the car dealer that services your make of car and ask him if there are any Technical Service Bulletins issued on the model and year you own. You should be sure that your dealer does a thorough check. Dealers often overlook TSB’s because there are so many of them and such a small percent of models and years under the TSB actually have a problem that materializes. You can also check directly with the manufacturer for this information and even find it on the Internet. Googling the symptoms your car is experiencing and your car’s year, make and model brings up lots of good information including TSB’s. Your problem with getting information on the Internet is not getting enough; it’s getting too much. I Googled TSB’s on 2003 Toyota Camrys and came up with 58 TSB’s, including TSB SB-0015-11.

I suppose some car owners might agree with the manufacturer’s philosophy and not want to be worried about TSB’s. If the chances are small that your specific year, make and model will have that problem, why worry about it? This is why people are divided over whether genetic testing for inherited diseases is a good thing. Speaking for myself, I would always rather be warned about a potential problem even if it probably won’t materialize.