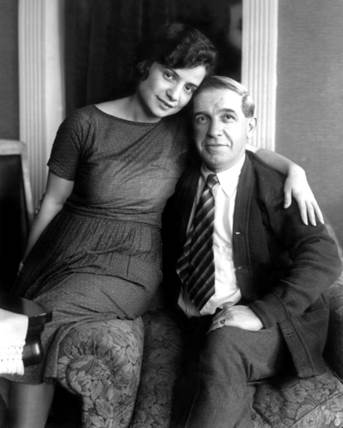 I don’t know of any other car dealer (or any retailer) who makes his personal cell phone number public like me. Mine is 561 358-1474, printed at the end of all my blogs, given to all my customers, and printed on my business card. As you might expect, I receive a lot of calls and texts and especially from car buyers victimized by other car dealers. Of course, I get complaints directly from my customers so I can resolve them, which is the main reason I give them my personal number.

My point in telling you this is not to “brag” (Oh, maybe a little), but to tell you the most common kind complaint I get from car buyers is from those who’ve been “ripped off”. Almost every call I receive is afterthey’ve bought the car. Why don’t they call me before they sign on the dotted line? It’s because they TRUSTED the dealer, his advertisements, and their salesman.

All of us make far too many decisions in life on appearances. “Looks” play way too big a part in how we choose our friends, our spouses, who we vote for, and from whom we buy things. Businesses understand this and choose salespeople and managers who look and sound honest. The illustration at the top of this article is of Charles PONZI and his wife. Everyone has heard of the Ponzi scheme…Charles invented it, and was one of the greatest con men of all time. If he’d looked devious, mean, or dishonest, he wouldn’t have succeeded in bilking thousands of people out of millions of dollars. A dishonest, shifty looking con man would be a total failure because nobody would trust him!

When I hear from victims that just bought a car and found out they’ve been taken advantage of, I often hear “he looked so nice, or honest”, or “he reminded me of my grandson”. When emotion takes over reason, folks let their guard down and don’t ask the hard questions you have to when spending your money. They’re afraid they might sound rude or might offend the nice young salesperson that’s trying so hard to help them buy the right car for a good price.

You can sound and look “trusting” by smiling and being courteous, but at the same time be firm and ask the hard questions…”I won’t sign anything until I have compared your price with other dealers”. “Please put in writing that you’ll give me a free loaner car whenever my car is in for service” (and all other verbal promises). “Before I decide if I will finance with you, I have to check with my bank and credit union”. I won’t buy this used car until I take it to my mechanic for complete inspection.” Is the price you gave me out-the-door, meaning I can give you my check for that amount and drive my car home?”

Always remember that this nice young man who reminds you of your grandson, is paid 25% of the price he can persuade you to pay above the cost of the car. His manager is also paid a commission which goes up for every dollar he can raise the price of the car. Two cars of the same MSRP are rarely sold at the same price. Each customer pays as much as the salesman can persuade that customer to pay. It’s not uncommon to see thousands of dollars difference in price on the same car to different customers. You want to be the customer that pays the lower price, and you do that by trusting but verifying.

I’m not suggesting that most car dealers are dishonest. I am saying that the auto retail business’ culture and structure encourages dishonesty. It’s hard for two Chevrolet dealers, just 10 miles apart, to give every customer their best price on every Chevrolet they sell. What’s to prevent that customer from taking one dealer’s best price to the other dealer and buying from the one with the lowest price? The only way for dealer A to outsell dealer B is to advertise and tell his prospective customers that his prices are lower. When every Chevrolet dealer in the market does this, is when you have dishonesty.

The owners and general managers of these dealerships don’t always know the details of the deception or sometimes they “don’t want to know” because that negates the argument of “plausible deniability”. Owners and general managers are also reluctant to fire a salesman that is a top producer. An average salesman sells about 10 cars a month. A very good salesman can sell 30+ cars per month. You can easily replace an average salesman, but it’s next to impossible to find another “30 car a month man”.

Given the culture of the retail auto business, the lack of regulation, and the lack of enforcement of laws against deceptive advertising and sales practices, your chances of dealing with a dishonest salesperson are high. In a car dealership with loose supervision and hiring practices, the salesman that sells the most cars is more likely to be the most dishonest.
Posted by Earl Stewart at 1:41 PM

Want to help consumers in your community avoid getting ripped off? SIGN UP NOW!