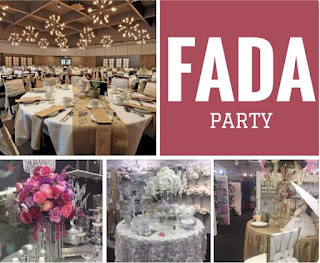 For the record, I know election day is (was) Tuesday, November 8, 2022, but I’m writing this article the day before. You can verify this by clicking on www.EarlOnCars.com, my blog, and verify it was written on November 7, 2022. No, I don’t have a crystal ball, but I do know that money wins elections, and the Florida Auto Dealers Association (FADA), and their members gave Ashley, ALL THE MONEY!
Last week Jeff Weinsier, investigative reporter for WPLG, TV Channel 10, Ft. Lauderdale/Miami called me to “brag” that he’d FINALLY “corralled” Ashley Moody for an interview. She’d been deliberately avoiding him for months because she knew of his investigation exposing fraud by many South Florida car dealers and even some auto manufacturer leasing subsidiaries. These dealers and manufacturers were violating the 1976 Consumer Leasing Actwhich requires lessors to honor the lessee’s option to purchase their lease car at a predetermined price upon the expiration of the lease. (In all fairness to Ashley, she was only one year old when the 1976 Consumer Leasing Act was passed.)
Jeff told me that he was able to “slip up on her” while she was campaigning In Broward and Dade counties last week. When he asked her why she’d done NOTHING in her entire 4-year term as Florida AG to reign in rowdy car dealers preying on Florida car buyers, she said that she had an just begun an investigation, but couldn’t comment while the cases were under investigation. Shortly after their brief interview, WPLG investigative reporter, Jeff Weinsier, was verbally accosted by Ashely Moody’s press agent… How dare he accuse the Attorney General of being “soft” on car dealers breaking the law!
With midterm election propaganda peaking today, Monday, October 7, I don’t need to explain to you how many misleading, manipulative political advertisements have flooded the airwaves and cyberspace this year. Virtually none of them is honest, on either side of the political aisle. I dare you to show me one political ad from a Democrat or a Republican than can stand up to a fact check. It’s almost childish in the way political ads pander to voters’ lack of knowledge and prejudices. To me the most obvious is politicians always featuring ugly, stupid, and mean looking photographs of their opponents in their own political ads.
Did you know that the Federal Trade Commission, FTC, regulates COMMERCIAL advertisements, but it does NOT regulate political ads? The FTC does not regulate political ads, and spin in a political ad does fall under the First Amendment. Simply put, truth in advertising laws don’t apply to political ads, and bending the truth is protected by free speech.
You’ve probably heard the quote attributed to the infamous Nazi propagandist, Joseph Goebbels, “Repeat a lie often enough, it becomes the truth.” I can see how this can be true, especially if our law protects lies by politicians under our Constitution’s freedom of speech. The final “nail in the coffin of truth” is our laws also permitting unlimited spending on political campaigns. It’s a fact that the candidate with the most money contributed to her campaign wins. Jeff Weinsier discovered that 81 Florida car dealers gave Ashley Moody $161,000 and this is just “the tip of the iceberg”. That doesn’t include contributions by family members of car dealers or PAC’s (political action committees) contributions by dealer national, state, and local associations…NADA, FADA, SFADTA, Tampa Dealer Association, Jacksonville Dealer Association, etc. etc.
Sadly, the bottom line is that Ashley Moody wouldn’t have been elected without the financial support of Florida car dealers and you don’t bite the hand that feeds you.
Ashley, Florida car buyers and I are begging you to “make a liar out of me”.
Posted by Earl Stewart at 12:13 PM