Is it Safe to Go Car Shopping Again? 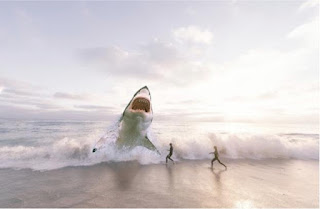 To be clear, it’s never been safe to shop for, much less buy, a new or used car from a car dealer. The title to this article should read “Is it Safer again to go car shopping”. For nearly the last three years it’s been the worst, most dangerous market EVER for car buyers. With the advent of the Covid pandemic, the Ukraine war, supply chain shortages, severe inflation, and high interest rates, new and used car prices soared to all-time highs. Auto manufacturers and dealers are getting rich and auto buyers are getting “screwed”.
As the saying goes, all good (and bad) things come to an end. It looks like the trend line is inclined toward things getting better for the buyers and worse for the sellers. New cars selling for thousands of dollars above MSRP, and used cars selling for higher prices than new is at an inflection point, trending downward. New car inventories are higher today than they’ve been in over two years. This isn’t only because the supply chain shortage has improved, but because buyers began balking at stupidly high prices, like tens of thousands above MSRP.
A high inventory is something the car dealers haven’t seen in over 2 years and is “the kiss of death” to dealer profitability in a down-turning market. The biggest danger to dealers who don’t sell their cars fast enough is losing their share of the auto production from their manufacturer. The expression in the auto industry is “turn and earn”. This means that the faster a car dealer sells his cars, the faster the manufacturer ships them to his dealership. Car dealers are insanely competitive amongst the same-make dealers in their market. If there are 4 Toyota dealers in the same market, they don’t each get 25% of the cars that Toyota builds each month; they get the percentage they’ve earned based on how fast they’ve historically sold cars. The single largest dealer in each marketplace with 4 dealers can sell 50% of all the cars each month if he sells them a lot faster than the other 3 dealers. Of course, this translates into higher profits for that dealer and earnings for the salesmen.
The cost of a high car inventory is also a negative factor for car dealers. Almost all dealers finance their new (and sometimes used) car inventories. Interest rates have recently soared. Insurance, incidental lot damage, and inventory maintenance are also cost factors to consider.
So, what do car dealers do who see their inventories growing so large as to cost them earned production from their manufacturer as well as higher interest and other costs? They must sell cars at a faster rate which translates into lower prices to attract customers from their competitors in their marketplace. A Ford dealer’s main competitors are the other Ford dealers in his market…not the Chevy, Honda, and other makes. The Ford manufacturer, of course, looks at it exactly the opposite. “Ford Inc.” doesn’t care which Ford dealers sells their cars, but they do reward the one that sells them fastest at lowest prices with more cars than they ship to the other Ford dealerships in the market.
The payoff for you, the car buyer, is higher inventories translate into lower prices. This doesn’t mean you rush out and buy a car today; it does mean that you can start the car buying processtoday. This includes carefully researching the best car for you (Consumer Reports is the best source of information). Begin the search for the car you’ve selected and determine which dealers have the largest inventories on their lots. I’m alerting you to the sad fact that most dealers and manufacturers are deliberately exaggerating on dealers’ websites, the true number of cars that are on the ground at the dealerships. Sadly, the only way to be sure is to visually confirm the inventory level by visiting the dealership. You can try to call and confirm first but seeing is believing.
You should get several prices from different dealers and consider using www.CostcoAuto.com, www.TrueCar.com, and Consumer Reports car prices, build-buy service.
Finally, I’m not suggesting you buy a car today or even next month. I’m suggesting you begin the process. After you’ve done your due diligence, you can be your own judge on the price. Good luck on “going back into the “car-buying water”.