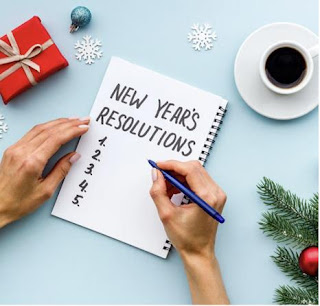 Car dealers are running out of time to radically change the way they retail their new and used cars, as well as their service and parts. Car dealerships have been “frozen in time” for about a century in the deceptive way they sell cars. You must have realized this when you bought your last car. The out-the-door price you paid was much higher than the advertised price, and you paid a different price for the same car that others paid a higher or lower one. If you financed your car through the dealer, your finance costs were considerably higher than your bank or credit union would have charged.
Why do I say car dealers are “running out of time”? The answer is the KNOWLEDGE EXPLOSION, occurring for the first time in human history. My father was born in 1892 and in 1900 human knowledge doubled about every 100 years. Car dealers came into existence in the early 1900’s after Henry Ford invented the Model A Ford and assembly line production. By the end of 1945 human knowledge was doubling every 25 years. In the 21st century we witnessed some scientific breakthroughs that have turbocharged human knowledge. This began with the Internet which sparked the digital age bringing Google, quantum computing, the Cloud, and the 800 lb. gorilla, ARTIFICAL INTELLIGENCE, A.I. Today human knowledge is doubling about every 13 months and very shortly will be doubling every 12 hours.
What all this means is that all humans, including car buyers, are immensely smarter, with instant access to more knowledge than anyone could have imagined a few years ago. Not only are car buyers a lot smarter, but so are the politicians, and voters. Up until now, lack of consumer awareness of car dealers’ deception has allowed regulators and legislators to permit car dealers to “run amuck”. Auto manufacturers and dealers have had politicians and regulators “in their pockets” for a long time. Without the support of Big Auto, a politician can’t get elected. The new voter, benefiting from the knowledge explosion, will no longer elect politicians that “play ball” with car dealers and manufacturers. In fact, the new voter will elect politicians who will “play ball” with them, the car buyers. To get elected, politicians will have to convince the voters that they will “come down” on crooked car dealers, enforce the consumer protection laws already on the books, and add more if needed.
Here are my recommendation for car dealers who would like to remain in business in the 21st century by being able to sell cars to the new fully informed car buyer.

Advertise and post the price online that you’ll sell your cars for, no more or no less. Every other retailer has already learned this lesson.
Eliminate all fine print that secretly increases the advertised price (like a large down payment). Manufacturers as well as dealers are guilty of this. Both violate Federal Trade Commission rules when they do.
Do not advertise that you have cars in your inventory that you do not. Cars that you ordered from your manufacturer can take months to arrive.
Do not add options and accessories to your cars unless you include the cost of those in your advertised price.
Do not add hidden charges, often called dealer fees or junk fees, to your advertised prices. These charges are, in truth, additional profit to you. All costs should be included in your advertised and posted prices. Federal, state, and local government fees are the only exception…sales tax and license plate.

Inform your customer that your dealership makes a profit when it finances new and used vehicles. This profit averages about $2,000 for every car sold and derives from interest rate markup and “products/services” like GAP insurance, extended warranties/service contracts, prepaid maintenance, road hazard and roadside assistance. Car buyers should be informed that they should compare financing from their bank or credit union.

The average car dealer reading these resolutions will either laugh in disbelief at my naivety, because he doesn’t believe my basic premise; or he’ll be horrified at what adhering to such changes would do to his profits (GIGANTIC at the present time). Here’s something I wish each dealer would consider. Because most dealer will ignore my suggestions, you can be one of the few that actually prospers because you will be the choice of the new, 21st century, fully informed and aware car buyer. He'll bypass your competition to buy a car from you because he understands and trusts the way you do business. If you disagree, check out my Toyota dealership in North Palm Beach, Florida where “the educated consumer is my best customer”.