Buying a Car During the Microchip Shortage 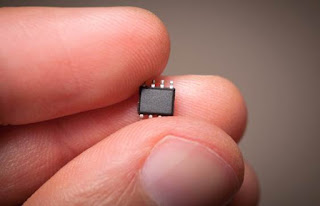 Five Rules to Save You from Paying Sticker Price +

Most folks aren’t even sure what a “microchip” is. The Oxford dictionary defines a microchip as “A tiny wafer of semiconducting material used to make an integrated circuit”. Unless you’re a physicist, this probably doesn’t help you understand any better. In lay terms, a microchip is a fundamental part of all electronics and computers manufactured today. They replaced vacuum tubes which, if you’re old enough to remember the early and middle of the 20th century, were used in radios, TV sets and those first very large computers. My first job, after receiving my Master’s degree from Purdue University in 1964, was with Westinghouse Electric Corp working with engineers to design microchips/integrated circuits into everything that previously had used vacuum tubes. Microchips revolutionized the world because all electronic devices, especially computers, became much smaller, faster, and inexpensive.

Every vehicle manufactured today is a “computer on wheels” and the auto industry uses more microchips than any other industry. The car you’re driving today has far more computing power than Apollo 11, the first rocket ship to fly to the moon in 1969, carrying Neil Armstrong and Buzz Aldrin. This is the biggest reason the world-side auto industry is experiencing the most severe inventory shortage in history. Coupled with unprecedented demand driven by consumers clamoring to buy, lease, and rent new and used vehicles, prices have SKYROCKETED for all new and used cars. About TWO-THIRDS of all cars sold last month were at, or over, full sticker price.

Here are my suggestions if you’re considering buying a new or use car today: