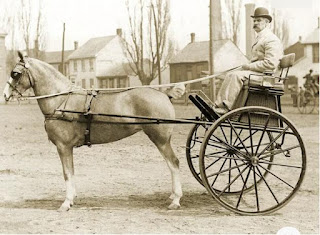 We car dealers have had a pretty good “run for our money”. The first car dealership was established in 1897 by William E Metzger, but didn’t only gained momentum after Henry Ford figured out how to mass produce cars in 1908 with the Model T. That’s 114 years ago. My father, Earl Stewart Sr., born in 1892, started his dealership in 1937. I started in business with him in 1968 at Stewart Pontiac Co. in West Palm Beach, FL. Today, my family and I operate a Toyota dealership in North Palm Beach.
Car dealerships today were “frozen in time” as retailers about 80 years ago after powerful and wealthy car dealerships, their lobbying associations, political action committees, and dealer associations got franchise laws imbedded in the laws of all fifty states. These franchise laws protected car dealerships from their manufacturers as well as state and federal laws and regulation. Therefore, buying a car is unlike any other retail experience. Only a franchised new car dealer can legally sell you a car. Auto manufacturers are not allowed to sell directly to the public. Car dealers can and do set the price of new cars at any price they decide. Each vehicle is sold at the highest price a car dealer can “get away with” and no two buyers pay the same price for the same car. The Gallup annual poll on Honesty and Ethics in Professions have ranked car dealerships last (or next to last) for the last 47 years.
You’ve probably heard the expression, “I’d rather have a root canal than visit a car dealership”. Despite this common view of the car buying experience, car dealers have grown in number and prospered as never before, thanks to their invulnerability due to state franchise laws and their lobbying prowess. It took the 21st century quantum leap in technology…the Internet, super-quantum computing, artificial intelligence, Metaverse, etc. to precipitate the decline and fall of car dealerships.
Ten years ago, who would have believed battery technology would make the combustion engine obsolete and today California will allow only the sale of all electric vehicles in 2035! Autonomous vehicles will be on the scene faster than we saw electric vehicles. The car I’m driving now, a Tesla model S, Plaid, has fully autonomous capability built into its software. Of course, fully autonomous vehicles aren’t legal today and the technology isn’t perfected, but it will be very soon.
Technology isn’t the only thing that’s changing at warp speed. We humans are getting smarter and smarter. We prioritize things differently than we did in the 20th century. When I was growing up in, the 1950’s and ‘60’s, there were few things more important than cars…the faster the better. I couldn’t wait to get my driver’s license and then couldn’t wait to have my own car. Today, most people born after 1980 don’t fall in love with cars their cars; they look at them more as “a way to get from point A to point B”. Time is very important to us today and the idea of a 2 hour round trip commute every day is bad. Spending over $40,000 on car that we use only about 10% of the time we’re making payments on it is a bad idea.
Fast forward to 2040. Virtually all vehicles are all electric and totally autonomous. They require virtually no maintenance. No one owns a vehicle; they only pay for the time they use a vehicle. Think “Uber or Lyft” today, only with every vehicle on the road being just like Uber or Lyft. It’s time to go to work, school, or anywhere. You choose the app on your smartphone to summon the vehicle of your choice…an SUV, van, sports car, luxury car, or a ride share, economy car. You enter your destination the cost goes to your credit card and the vehicle arrives within one minute. You get into the vehicle, and it takes you to your destination at a higher speed and a shorter time than can imagine today. Why? Because all vehicles are autonomous, and they all travel on the expressways and roads at the same high speed...100 mph or more. It’s also far safer than you’re driving today. It’s already been proven that computers can drive cars safer than humans. Computers don’t drink and drive, use their cell phones for texting, or eat their lunch while their driving. Your cost of transportation will be only small fraction of your total cost of owning a car…including maintenance, repairs, insurance, depreciation, collision repair, interest expense, etc.
Maybe the best part of this whole scenario is that you’ll never have to walk into a car dealership again. 😊
Posted by Stuguru at 12:30 PM