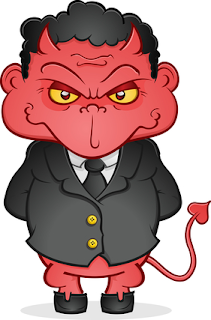 Car dealers have been the retailing arm for auto manufacturers for over 100 years. Auto manufacturers needed dealers to grow as rapidly as they have, beginning with Henry Ford and the Model A. Henry’s invention of assembly line production allowed him to build far more cars than he could possibly sell from his manufacturing facilities, and it would have been too expensive and cumbersome to build his own network of retail outlets, hence the birth of the franchised auto dealer.

When Ford, Gm, and Chrysler built dealership net works all over the USA, they had total control over their dealers. The car dealers were only able to sell cars under the terms and conditions of short-term contracts named “franchise agreements”. These contracts were very short-term and one-sided, favoring the manufacturers. Manufacturers could cancel a dealer’s contract for almost any reason and the dealers had virtually no legal recourse. Manufacturers could add as many dealerships in each geographic area as they wanted, and this put extreme financial pressure on the dealers. Dealers were given unrealistically high quotas of numbers of cars they must sell each month. If they failed to meet their quota, their franchise was cancelled and they went out of business, bankrupt in most cases.

But the dealers fought back by forming dealer associations and lobbying their state legislators to make laws protecting them from their manufacturers. The car dealers in each state became one of the largest employers and taxpayers. The state politicians realized that this meant car-dealer support was necessary for their reelection. Slowly, but steadily, laws were passed in all 50 states making it impossible for auto manufacturers to cancel their dealers’ franchise contracts. These state franchise laws made it virtually impossible for auto manufacturers to control their dealers. Originally dealership franchises were one year in length. This evolved to two years, then six years, and today are mostly perpetual. Manufacturers can’t tell a dealer how he can advertise, price his cars or service or what disreputable sales tactics he employs to sell cars. If a dealer chooses to sell his franchise to someone else, the manufacturer had very little say as to who that can be.

However, the manufacturers retain one significant power over their dealers. Because the manufacturer builds the cars, they can build and offer as many as they want to all of their dealers. By flooding any given market with too many cars, each of their dealers has little choice but to accept and buy all the cars they’re “offered” by their manufacturer. If a dealer declines to accept and buy all the new vehicles his manufacturer asks him to, his competitor dealers selling the same make will accept them. Because there’s such a large proliferation of models, colors, and options on every make of car, the car dealer with the smallest selection loses sales to his competitor with the larger inventories.

This artificial condition of too-large inventories should be good for you, the car-buyer. In fact, it is for the educated, sophisticated consumer who can see through and overcome car dealers aggressive and deceptive sales practices and advertising. However, for the average buyer, this artificially over-inventoried situation orchestrated by the manufacturers, forces car dealers to “do whatever it takes” to sell their over-supply of cars. “Whatever it takes”, unfortunately translates into what you know car dealers are guilty of today, bait and switch advertising and unfair and deceptive trade practices. The proof of this is Gallup’s annual poll on Honesty and Ethics in Professions, conducted every year since 1977. In each of those 45 years, car dealers have ranked last or next to last of all businesses.

The last 2 ½ years and the advent of the Covid pandemic drastically reduced the artificially high auto inventory standard. Today, car dealers have virtually no inventories and prices have soared to historic highs along with car dealer profits. The law of supply and demand worked perfectly. Car dealers’ average profit per car soared from around $1,500 per car to about $10,000 per car. The new car volume has shrunk slightly but the leap in profits more than overcame this. Car dealers are higher profits in their new car departments than ever before in their history. Manufacturers also raised their prices to their dealers by virtually eliminating dealers cash incentives as well as customer incentives. Don’t think that the auto manufacturers and dealers don’t look at the Covid Pandemic as an economic blessing in disguise. You can be sure that manufacturers and dealers are thinking about the future and how they can maintain the obscenely high profits per car as they are enjoying today.

The obstacle to achieving a lower supply of cars promoting a higher price and profit per sale is competition…the consumer’s best friend. The manufacturers are as insanely competitive as their dealers. Ford wants to outsell Chevrolet, Honda wants to outsell Toyota, etc. By building as many cars as they can and forcing them on their dealers, they hope to outsell their competition. Dealers, on the other hand, would prefer not to return to the days of breaking even and often losing money in their new car departments. Many of them might even like to retail their products with honesty and transparency, not having to sell as many cars as the manufacturer, subtly but forcibly, requires the dealers to buy from them.

The knowledge and science explosion combined with the Covid pandemic has thrust the world into an accelerated change unprecedented in human history. The auto industry, manufacturing, and retail is right up there at the peak of this change. The vehicles and how they will transport us in 20 years will bear little resemblance to today. Will GM, Toyota, Honda, Ford, and all the manufacturers be selling to us directly like Tesla does today? Will car dealers be extinct?

In my opinion, car dealers could be a better answer than buying directly from the factory. This probably surprises many of my regular readers who know what I think about today’s car dealers. I’ve also spoken highly of Tesla and their factory direct policy of selling their cars. I feel this way only because to the lack of honesty and transparency by most car dealers. They’ve made the buying experience a nightmare for most buyers. I liked the Tesla buying experience (I bought one for my wife, Nancy, and me) and almost all Tesla buyers compliment the no hassle, no haggle fully transparent buying experience.

Most people don’t know that Tesla marks their cars up above their cost much higher than any other auto manufacturer. They can do this because they have very little competition. They dominate the EV market and, if you want the best EV and a pleasant buying experience there’s no one else you can buy from. Tesla has virtually no competition. Competition is usually a buyer’s best friend.

It should be the same way with car dealers because they are extremely competitive. The reason car dealer competition is NOT the car buyers’ best friend is that car dealers are unregulated and uncontrolled and that they are, to some extent, forced into this M.O. by their manufacturers forcing them to buy more inventory than the can sell in a fully transparent an honest matter. Again, I reiterate that this is normal times, pre-covid and, hopefully, post-covid.

My recommended solution to the problem is to require our regulators to enforce the laws on the books against unfair and deceptive trade practices and for our federal and state law makers to pass any additional necessary laws to protect car buyers from predatory car dealers. This solution gives car buyers all the benefits of strong competition keeping car prices down without the fear of high pressure, dishonesty, and lack of transparency.
Posted by Earl Stewart at 2:50 PM