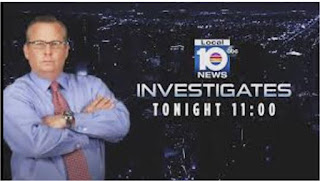 Regular readers of my column know that I often blame Florida’s regulators, like our Attorney General, Ashley Moody, and our Florida legislature/lawmakers for allowing the rampant and obvious deceptive, unethical, and often illegal advertising and sales practices of most car dealers. I’m probably remiss in not pointing to the media. How often have you seen a news story on TV, read an article in the newspaper, or heard one on the radio about a local car dealer doing anything wrong?
We know the reason our politicians and regulators give bad car dealer behavior a pass. It’s called “follow the money”. A politician can’t get elected without the support/money from car dealers, their associations, and their PACs, Political Action Committees. “Money, the root of all evil” is also why the media looks the other way to car dealer bad behavior, especially the localmedia. You can understand this by noticing the number of car dealer and auto manufacturer ads you see and hear daily, maybe even more than attorney ads. Without this major source of advertising revenue, most TV, radio stations, and newspapers would have a difficult time surviving.
The link at the beginning of this article is the second one in, what I hope will be, a series of news stories about South Florida’s car dealers and their unprecedented bad behavior. No other state in America equals the extremely deceptive advertising and sales practices of Florida dealers, especially South Florida. Most car dealers in all 50 states leave a lot to be desired in the way they treat customers. I cite the Gallup annual poll on Honesty and Ethics in Professions to prove my statement.
When WPLG investigative reporter, Jeff Weinsier, interviewed me several weeks ago about car dealers’ bad behavior regarding leasing customers exercising their option to purchase their leased car, I told him this. “I’ve been interviewed many times by local TV, radio, and newspapers and their editors always reject the stories that speak badly of local car dealerships. In fact, I cited a case with WPLG a few years ago. Their investigative reporter, preceding Jeff Weinsier, spent almost two days with me. She attended a speaking engagement I made at a Rotary Club and spent the day at my car dealership in North Palm Beach. Her editor pulled her story because it negatively reflected on South Florida car dealerships, one of WPLG’s major sources of adverting dollars.
You’ve heard the term “The Fourth Estate”, meaning the press. America’s free press is as equally important as our government…the Congress, Senate, and the Executive branch. Journalism is supposed to be among the noblest of professions. They’re certainly among the most powerful because out constitution protects them from our government! No other country allows their press to say and write anything they like. But we are a capitalist society and money is the Achilles heel of the American free press. Even I find it hard to argue against a newspaper or TV stations right to choose financial survival above journalistic ethics.
So, I applaud WPLG, channel 10, and Jeff Weinsier for nobly going forth to tell the truth about South Florida car dealers. Their effort will certainly cost them a large amount in car dealer advertising revenue. When you tell the truth and aren’t afraid to face severe consequences, you’re displaying the courage that gave America’s free press the reputation of the best on the Planet.
If other media were to follow their lead, it would have a huge positive impact on buying or leasing your next vehicle. If you didn’t already know, you would be forewarned about what to expect in the car dealership. But, even more importantly, our politicians and regulators would change their “hear no evil, see no evil, do no evil” policy to car dealers. Why? Because you and all consumers are mostly also voters. When Jeff Weinsier and WPLG had the courage to shout, “The Emperor has no clothes”, this becomes an opportunity to garner more votes by giving the voters what they demand…honesty and ethics with Florida car dealers.
Posted by Earl Stewart at 1:02 PM